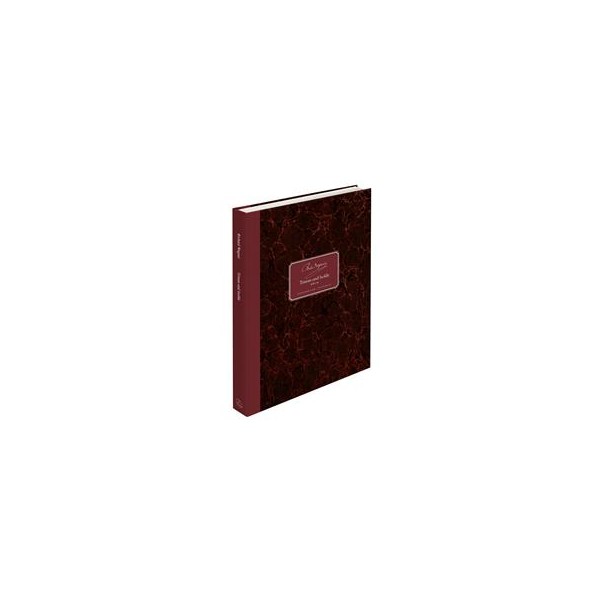 &ldquo:I fear the opera will be banned &ndash: if the whole work is not parodied through bad performance: only mediocre performances can save me! Thoroughly good ones will surely drive people crazy.&rdquo: Richard Wagner

While working on the score to Tristan und Isolde, Richard Wagner expressed his excitement and elation about his new musical drama. Indeed, the radical originality of the work proved to be both unique and forward-looking: over 150 years ago it signified the &ldquo:dawn&rdquo: of the modern era and to this day it has not lost any of its fascination.

Throughout his life, Richard Wagner was proud of his even handwriting. He constantly strove to produce manuscripts of a high calligraphic standard. The Tristan manuscript is also clearly written. More so than in his other scores however, traces of his working process are evident. It is precisely this aspect of the autograph that makes it fascinating. Reading it, one is witness to Wagner&rsquo:s highly concentrated, powerful and relentless writing. This manuscript is in every possible way unparalleled reflecting individuality and uniqueness.

In time for the 200th anniversary of Wagner&rsquo:s birth in 2013, this great work will be published as a BENREITER FACSIMILE in cooperation with the National Archive of the Richard-Wagner-Stiftung Bayreuth. In addition to the complete score, the edition includes the autograph concert ending of the Vorspiel as well as three pages that Wagner rejected while composing and later used for sketches

Ulrich Konrad, the renowned musicologist describes the genesis and performance history of the work in his comprehensive commentary. He also details the physical appearance and condition of the autograph as well as giving an insight into the musical language of Wagner.

Facsimile of the autograph score from the National Archive of the Richard-Wagner-Stiftung Bayreuth
With a commentary by Ulrich Konrad
Documenta musicologica II, 45
354 + 17 pages of facsimile and approx. 10 pages commentary in each language (Eng/Ger)
Format: 29.5 x 41cm: Half-leather binding
ISBN 978-3-7618-2270-8