> Music>Uncategorised>Concerto for Violoncello in B minor Op.104 Hardback - Antonín Dvorák 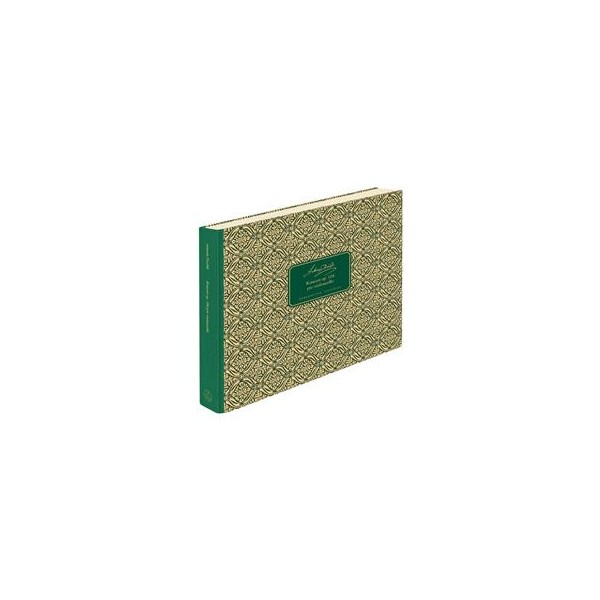 Concerto for Violoncello in B minor Op.104 Hardback - Antonín Dvorák

Dvorak Concerto for Violoncello in B minor Op.104 Facsimile Hardback

Anton Dvor wrote his cello concerto in the &ldquo:New World&rdquo: during his second visit to America. It is a work which reflects both his musical impressions of that country as well as his yearning for his native land.

Although Dvor had his reservations about the cello as a solo instrument, he succeeded in creating an exceptional composition which is one of the most popular orchestral works of today.

In keeping with Benreiters longterm commitment to Czech music, Dvor&rsquo:s Cello Concerto is now being published in the BENREITER FACSIMILE series in collaboration with the Narodnmuzeum, Prague. It contains not only the complete manuscript of the full score, but also Dvor&rsquo:s own piano reduction which is an important source.

In his commentary, Jan Smaczny comments on the history of the work&rsquo:s composition and its reception. He also points out particularly interesting parts in the manuscript.

&ldquo:Why did I not know that one could compose a cello concerto like this? If I had known, I would have written one a long time ago!&rdquo:
Johannes Brahms