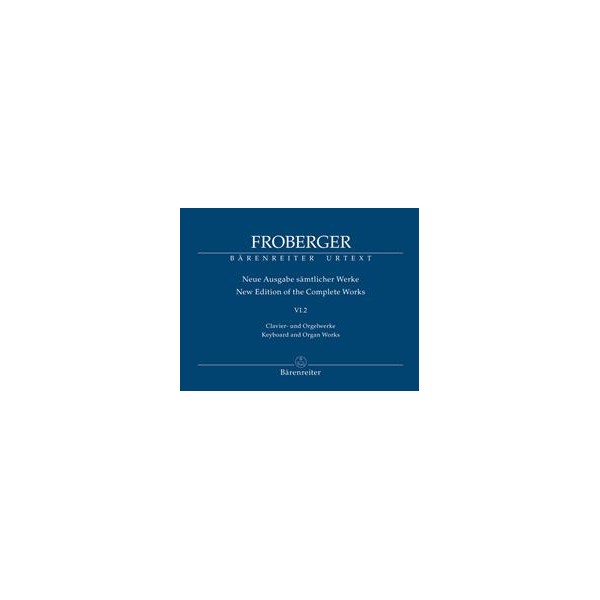 Reflects the current state of research

Johann Jacob Froberger (1617&ndash:67) enjoyed an outstanding reputation during his lifetime, as his compositional style represented a synthesis of Italian, French and English influences. There is now a growing awareness that Froberger&rsquo:s significance for keyboard music of the 17th century is comparable only with that of Jan Pieterszoon Sweelinck.

Each volume contains a critical commentary as well as a detailed foreword with sections on the scope and structure of the new edition, the editorial method and performance practice. Information on contemporary instruments, ornamentation and Froberger&rsquo:s biography is also included.

Both volumes VI.1 and VI.2 contain music from anonymous copies of the 17th century undoubtedly made from autograph manuscripts which were returned to the Singakademie in Berlin from Kiev in 2001. They also include further new discoveries of manuscripts and compositions.