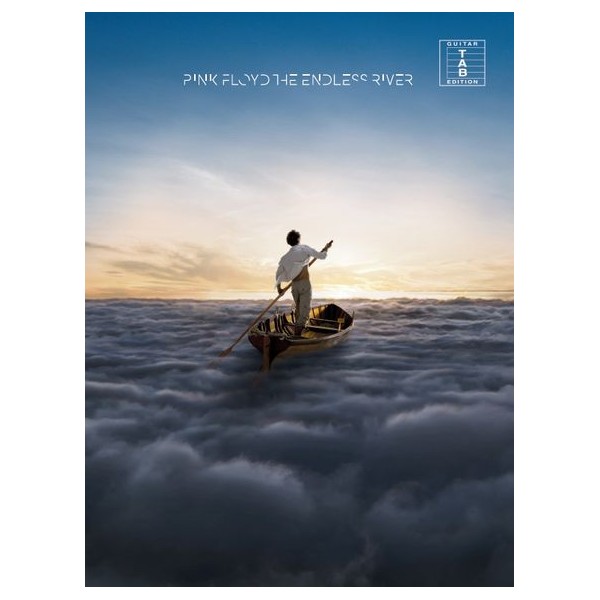 The Endless River Guitar Tab songbook features all 18 songs from Pink Floyd s first studio album in 20 years. Each luscious track is transcribed in standard notation, tablature, and with chord symbols and chord diagrams. With one of the most pre-ordered albums ever, Pink Floyd have returned to grace our airwaves with The Endless River , a tide of ambient nostalgia that has been created from the sessions of their 1994 album The Division Bell. With this Pink Floyd Guitar Tab book, you can learn every one of guitarist David Gilmours warm, gliding notes and his emotive chords. The entire album has been accurately and authoritatively transcribed, taking you from the beautiful subtleties of the opener Things Left Unsaid , through the upbeat Guitar solos of Allons-y to the acoustic arpeggios of Louder Than Words . The album is largely instrumental, and has been described as a swan song for founding member and keyboardist Richard Wright, who tragically passed away in 2008. The albums tracks have been built around his keyboard playing, with melodies, Guitar parts and drums added over the top. This gives it a somewhat nostalgic feel, echoing their earlier work while nevertheless bringing in something of the 21st century. The instrumental nature of the album is certainly melancholic, an elegy to a lost artist, but its also optimistic, a showcase of his talent and a fitting tribute to a founder of one of the most innovative and musically engrossing bands ever. The Endless River Guitar Tab book is not just a book of songs, however, its also an aesthetically pleasing piece, featuring the albums arresting cover art, as well as some fantastic full-colour photographs inside. This continues PinkFloyd s tradition of combining their inventive music with other kinds of visual art, making the book fitting for such a formidable band. The songbook is therefore perfect for a fan of Pink Floyd, a future David Gilmour or just a guitarist interested in the most recent offering of one of the most acclaimed British bands. The glorious tones of David Gilmours stratocaster are immediately evident on The Endless River , and now, as ever, they will inspire guitarists to pick up their instrument and play those pleasing blues-inspired licks and riffs. With this Pink Floyd Guitar Tab songbook, the entire new album can be at your fingertips, so that instead of just listening to this beautiful music, you can play it too. If you want a preview of the new album, check out the official video for Louder Than Words below: