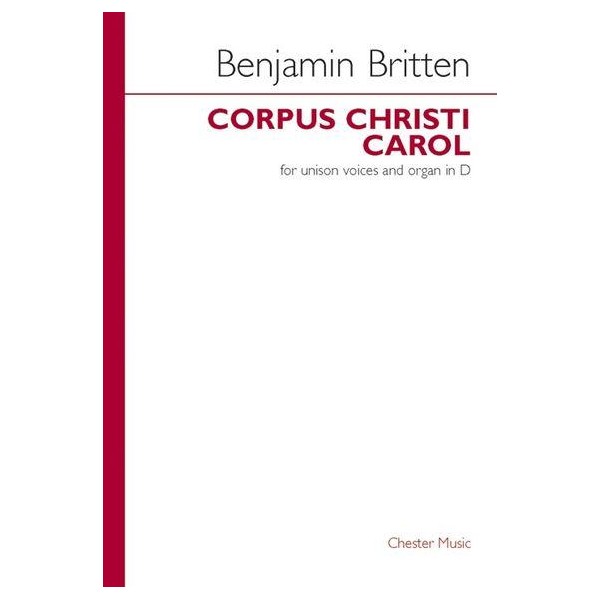 The fifth variation in Brittens third opus, the Corpus Christi Carol, finds words in a hymn first found in the early 16th century, music was later added by Peter Warlock, and then in 1933, by Benjamin Britten.

It has been arranged by the composer from his Choral Variations and edited by David Willcocks.