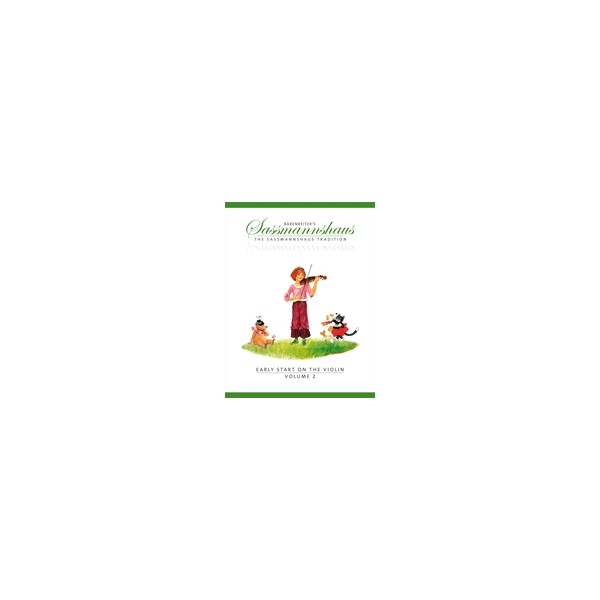 * The fourth volume introduces various
The second volume already presents classical violin duets. The child’s knowledge and technique is expanded by dotted rhythms, sixteenths notes, and first double stops. And here is the most revolutionary aspect of the method: different finger patterns can be connected and combined to create any major and minor scale without the use of open strings. This creates the ability to practice scales in any position, often within the first year of playing! With this skill, songs learned in first position are easily transposed to other keys and higher position. Coupled with beginning shifting exercises this sets a foundation for an early virtuoso technique not available in any other method.
The authors
The original German violin method was first published in 1976. The author Egon Sassmannshaus is one of the most experienced and renowned violin pedagogues in Germany. For the new English edition his son Kurt Sassmannshaus worked as co-author and adapted his father’s successful method for English-speaking children.
The combined knowledge and experience of father and son make the four volumes of the SASSMANNSHAUS TRADITION the most thoroughly researched and thought-through beginner violin method in the world.
“…this is an imaginative set, and well worth acquiring.” (ARCO – UK ESTA, Spring 2009)

Early Start on the Violin Bk2