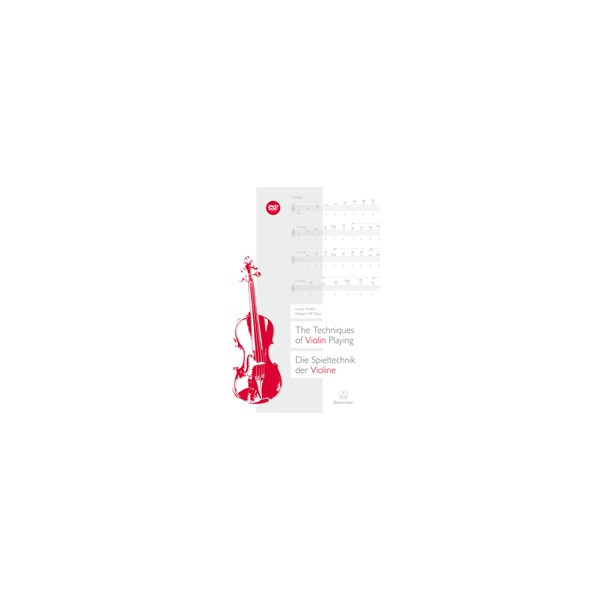 Irvine Arditti who is an extraordinary violinist, a specialist for contemporary music and the leader of the phenomenal Arditti Quartet, worked together with the composer and conductor Robert HP Platz to produce this book on contemporary violin technique. It presents detailed explanations of the technical possibilities of the violin for performers and composers.

This publication takes into account the virtuosity of a new generation of soloists. These are soloists who with their exceptional ability, have succeeded in paving the way for a greater understanding of classical and contemporary music.

Particularly helpful is the accompanying DVD, where Arditti demonstrates and explains the described techniques. Chapters on the basics of violin technique and on Irvine Arditti’s personal experience with notable composers make the book equally interesting for non-violinists.

Irvine Arditti, born in London in 1953, became the Principal Concert Master of the London Symphony Orchestra at the age of 25. He left the orchestra in 1980 to devote his time to his quartet. In recent decades Irvine Arditti has premiered a large number of important works, many of which were written for him. Amongst them are the violin concertos by Xenakis, Hosokawa and Ligeti, Ferneyhough’s “Terrain” and Sciarrino’s “Le Stagioni Artificiali”. As well as having recorded over 180 CDs with the Arditti Quartet, Arditti has built an impressive catalogue of solo recordings. His recording of Cage’s “Freeman Etudes for Solo Violin” has made musical history.

Robert HP Platz, born in Baden-Baden, Germany in 1951, has conducted premieres of over 300 works with renowned orchestras such as the Orchestre Philharmonique de Luxembourg and worked with composers such as Hosokawa, Huber, Scelsi, Stockhausen and Xenakis. Platz is also a composer. Since 1989 his compositions comprise associative connected parts of a diary-like continuous complete work. Since 1990 he teaches composition as well as performance practice regarding contemporary music at the University of