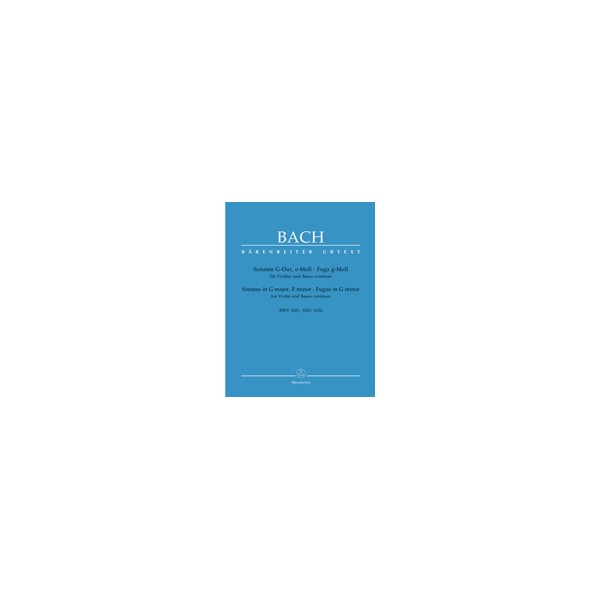 This new edition supersedes the earlier performance edition of
sonatas BWV 1021 and 1023
published in the New Bach Edition. Like other volumes recently
issued in revised
editions – Sonatas and Partitas for Violin (BA 5116), Partita for
Flute (BA 5187),
and Six Sonatas for Violin and Obbligato Harpsichord in one volume
(BA 5240) and
in two volumes (BA 5118-19) – these two sonatas have been
re-evaluated on the basis of
newly unearthed sources. The Fugue BWV 1026, long considered
spurious, appears here for
the first time in a scholarly-critical edition that places Bach’s
authorship above reproach.