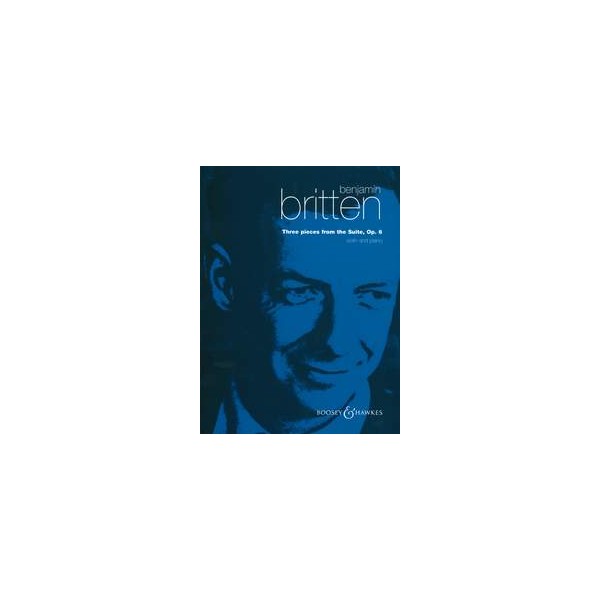 Benjamin Brittens Suite, Op. 6, for Violin and Piano was composed during 1934-35. The first performance of the complete work was given on 13th March, 1936, as part of a BBC broadcast, by Antonio Brosa and Benjamin Britten, who gave the first concert performance of the Suite at the I.S.C.M. Festival on 21st April of that year. Three of the movements had previously been performed on 17th December, 1934, at the Wigmore Hall, London, by Henry Temianka and Betty Humby.
As originally published the work comprised four movements - March, Moto Perpetuo, Lullaby and Walt - prefaced by a short introduction. At the composers suggestion, the present edition excludes the Introduction and Moto Perpetuo, but retains the March, Lullaby and Waltz unaltered. In the Waltz, however, a short cut, which was previously optional, has been made obligatory.

other products in the 'Violin' category: