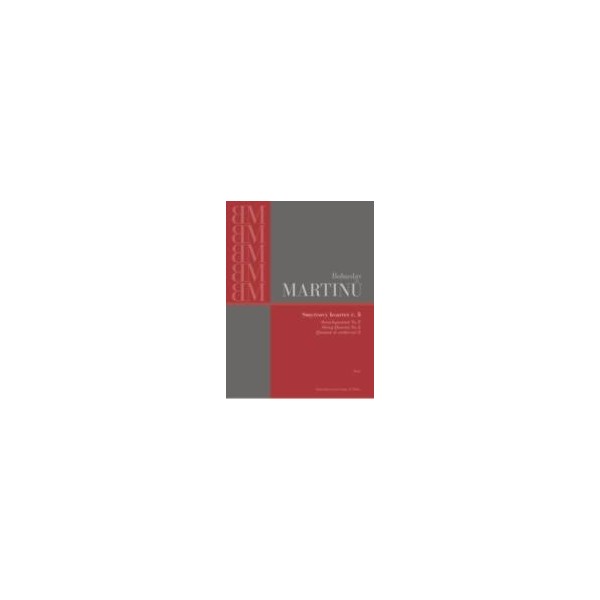 
ROUSSEL LIKES IT, ALTHOUGH HE OCCASIONALLY SHAKES HIS HEAD

The fate of Bohuslav Martinus String Trio no.1, which dates from the turn of 1923 and 1924 and was lost until 2005, is somewhat remarkable. The trio is the first work which Martinu created in Paris after becoming the private pupil of Albert Roussel. It was probably performed twice in Paris during 1924. It had its Czech premiere in February 1925 and Martinu requested his friend S. Novak to make sure that they dont lose the scores of the things they played , because he did not have any sketches or copies. Precisely that which Martinu feared then occurred - the sole existing version of the trio was lost: it was not until autumn 2005 that the autograph of the trio (the score and parts for the viola and cello - the violin part is still missing) was found at the Danish Royal Library in Copenhagen thanks to the searches of the Bohuslav Martinu Institute and it is after this autograph that this edition has arisen.

other products in the 'Mixed String Trios' category: