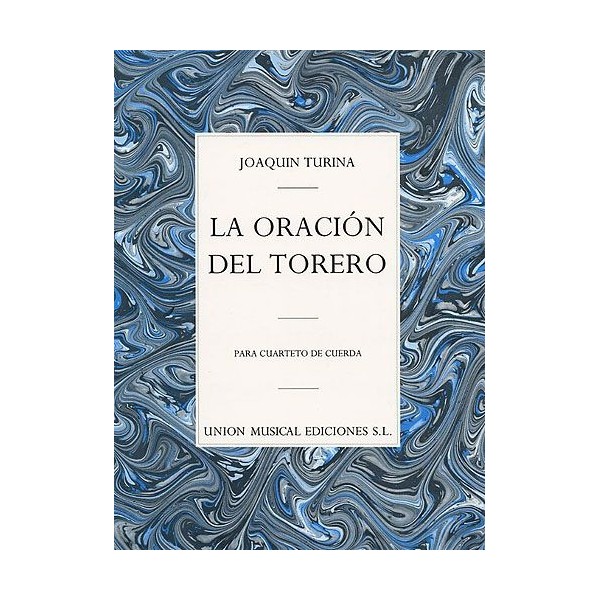 In the pantheon of 20th century Spanish composers: I. Albeniz, M. De Falla, E. Granados, and the Catalan, F. Mompou, Joaquin Turina was the only one to devote a considerable part of his compositional talents to chamber music. Like each of the aforementioned composers, he lived, and studied music in Paris, where he was encouraged by the likes of DIndy, Ravel, and Debussy. In this brief tone poem for string quartet, La Oración del Torero The Bullfighters Prayer, the influence of Debussy can be heard, especially in the use of lush descending parallel ninth chords. The influence of music of the Andalusian Gypsies is also quite evident. This piece became one of the composers most popular works, often performed in an arrangement for string orchestra.