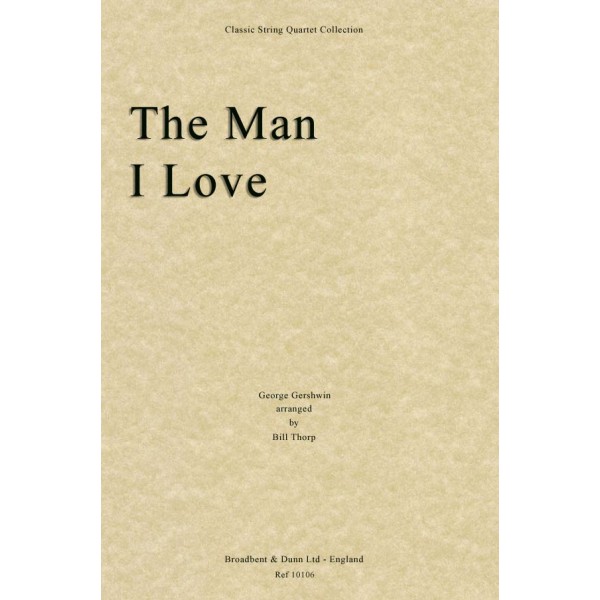 Gershwin - The Man I Love

Since described as the best popular song ever written, this gem was inexplicably dropped from 'Lady Be Good', the Gershwin's first complete Broadway score, before it reached New York. However, it had an unlikely champion in the then Lady Mountbatten who brought her autographed copy back to London where soon nearly every band was playing it by ear, and from where its popularity spread to Paris and beyond. In this version, originally marked \"not necessarily narcissistically\", the arranger Bill Thorp subtly suggests the identity of the eponymous 'man'.