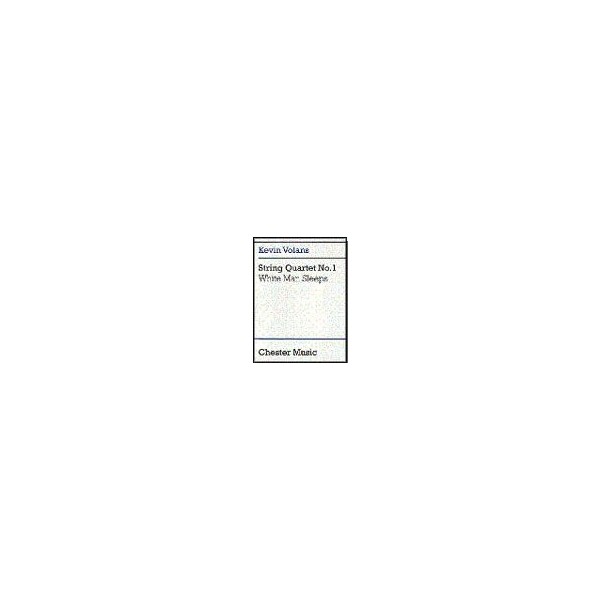 String Quartet No.1 (White Man Sleeps) was written for the Kronos Quartet and first performed by them July 1986, London.

The title White Man Sleeps comes from a moment in nyanga panpipe music where the performers leave off playing their loud pipes for a few cycles and dance only to the sound of their ankle rattles, to let the white landowner sleep - for a minute or two.

Quoting Volans:In composing this piece I drew from the following sources: the first movement owes something to the style of Basotho concertina music: the second and fourth movements are drawn from traditional Nyungwe music played by Makina Chirenje and his Nyanga panpipe group at Nsava, Tete, Mozambique, recorded and transcribed by Andrew Tracey (to be found in an article entitled The nyanga panpipe dance in African Music, Vol.5, No.1 (1971)): the third movement derives from the San bow music (recorded by Tony Traill of the University of Witwatersrand) and from Basotho lesiba music, transcribed by myself: in the fifth movement I added my own invented folklore. My approach to the original music was anything but purist - it is played in Western tuning, filtered, slwoed down by a few time-octaves, cast into non-African metres (like the 13-beat pattern of the first dance) and redistributed between the players in several ways. I also used interlocking techniques where they were absent in the original models and vice versa.

other products in the 'String Ensemble' category: