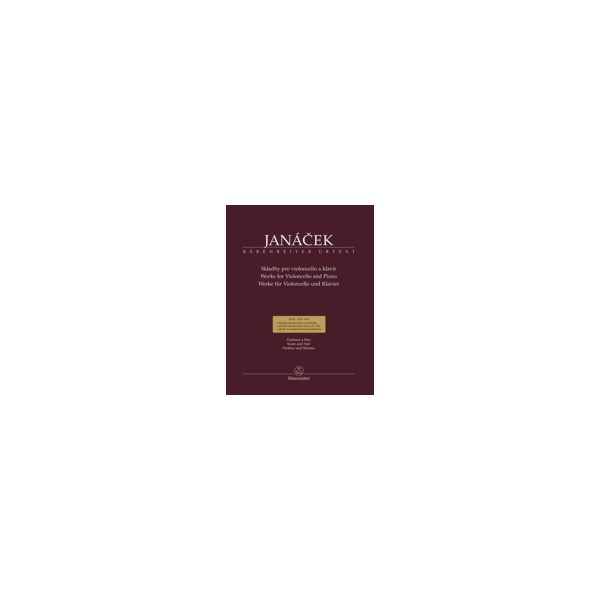 FIRST TIME WITH THE FOUR-MOVEMENT VERSION OF A TALE

A Tale is the only composition written by Janacek for violoncello and piano (if we do not count the sketchy Presto). This work has undergone a complex development - it is attested by a number of preserved versions which are dating back to the years 1910 - 1923. The original volume of Works for Violoncello and Piano has been in this edition augmented with the early, four-movement version of A Tale, included as a Supplement. The mentioned version comes from the copy which was owned by Antonin Vana, one of the first interpreters of this composition. This editorial decision has been taken in view of the marked discrepancy between the two versions (considerably changed ending of the first movement) and the undoubted value of the four-movement version, which represents not only a certain development level of one composition, but also offers an interesting alternative for the interpreters.

The present edition includes also a one-movement composition of Presto, which the composer apparently originally intended to include in A Tale.

Works for Violoncello (Cello) and Piano