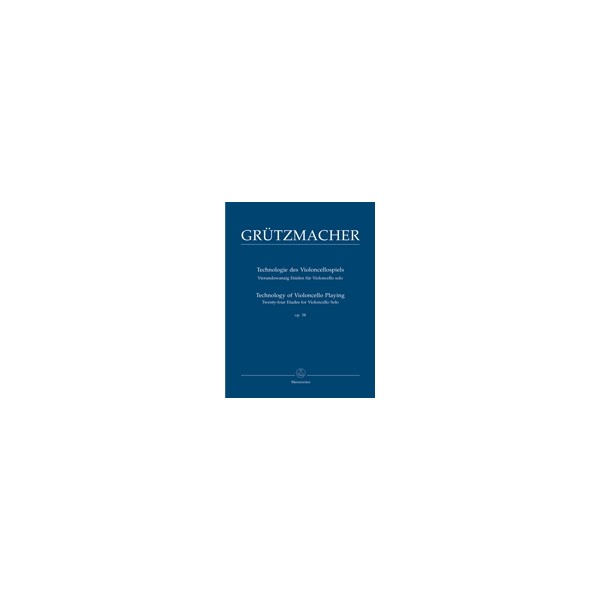 Grützmacher was greatly admired during the 19th century for his
brilliant playing technique and
this forms the central part of his studies op. 38. To this day the
twenty-four studies form an integral
part of cellists study repertoire and the development of a
well-grounded cello technique.

As with Martin Rummels editions of Poppers studies and the Duport
Etudes, the new Grützmacher
publication contains a booklet with valuable tips and references to
other works in the cello repertoire
requiring similiar solutions to technical problems.

- Fold-out pages for ease of playing