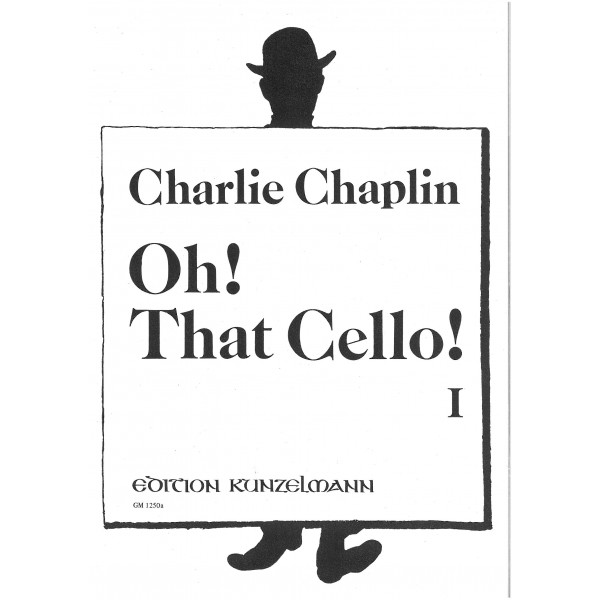 A first collection of the music of \"The Little Tramp\" himself arranged for violoncello & piano by Thomas Beckmann.

Charles Chaplin will forever be best known as a clown in the early, black & white cinema era. He was, however, also a talented musician & composer. He co-wrote many of the scores for his numerous films. In the silent days, these scores were sent to each cinema at which the film was to air, for performance by whatever forces were available at that venue. As films with synchronised sound arrived, the music was pre-recorded, though Chaplin professed himself disappointed by the inadequate sound replication of the time.

Coming from a family that worked in the Music Hall, Chaplin taught himself to play the violin & cello (left handed) as soon as he could afford the instruments, practising several hours a day! He also improvised on both piano and organ.

The well known song \"Smile\" (...though your heart is breaking) which Chaplin wrote for the film \"Modern Times\" was a UK Number Two when recorded by Nat King Cole and was later to become Michael Jackson's favourite song. It has also been set on the ABRSM Singing Exam Syllabus from 2009.

\"This is My Song\" (from \"A Countess from Hong Kong\" hit the Number One slot in the UK in the hands of Petula Clark. In 1973, Chaplin won the Oscar for best film score for his movie \"Limelight\". The song \"Eternally\" from that score is also set on the ABRSM exams.

In this, the first of six volumes of his music arranged for cello & piano, we find three more of Chaplin's haunting melodies.

There's Always One, You Can't Forget

other products in the 'Composers C' category: