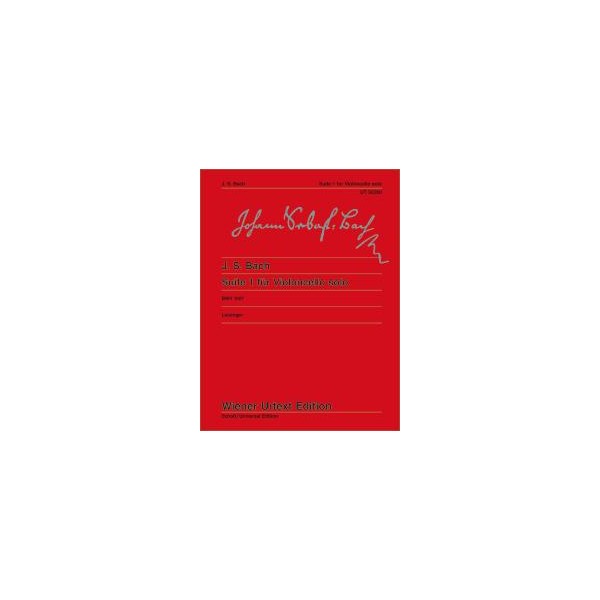 This separate edition of the first Suite for cello solo by Johann Sebastian Bach contains the musical text of the well-regarded Wiener Urtext edition with all six cello suites of Bach by Ulrich Leisinger. Thanks to new findings, Leisinger managed to re-evaluate the sources which did not leave the structure of the musical text and the associated delicate problem of the slurs untouched. His re-evaluation gave reasons for a stronger freedom from the manuscript copy of Anna Magdalena Bach which had always been cited as main source until then despite its being very unreliable with regard to the articulation: thus the new edition leads to more convincing solutions. This separate edition is the perfect starting point to study Bach’:s suites for cello solo in class and provides amateurs with a technically ‘:accessible’: masterpiece in cello literature.