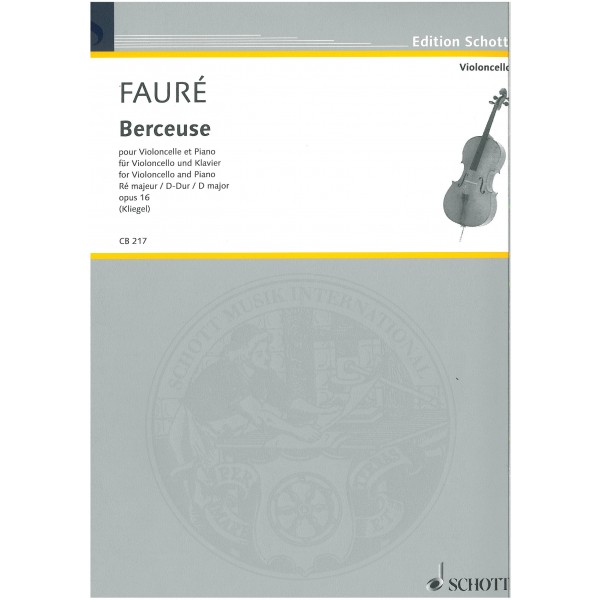 New forms, well-chosen modulations, strange timbres, the use of wholly unexpected rhythms, this is how Camille Saint-Saëns praised the first work of a young colleague, the First Violin Sonata by Gabriel Fauré (1845-1924), in the Paris Journal de Musique on 22 May 1877. He continued: Over it and around it hovers a charm which persuades the mass of ordinary listeners to accept the most violent novelties as being entirely natural. Chamber music and the small forms continued to be the special fields of interest of this important French composer at the end of the 19th century and at the beginning of the 20th century. Fauré had a special liking for string instruments, particularly of the violoncello for which he wrote not only two wonderful sonatas but also some small solo works. Berceuse Op. 16 was written for violin in 1878/79: the present arrangement now allows even violoncellists to indulge in this beguiling and melodious lullaby.

other products in the 'Cello' category: