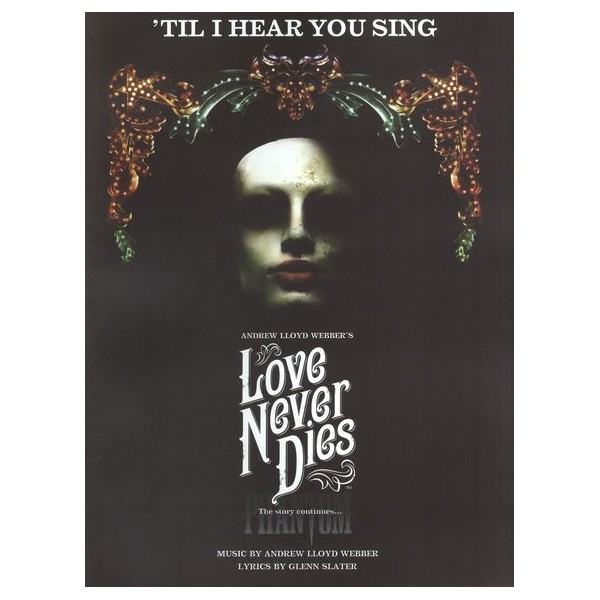 The first single from Love Never Dies, Andrew Lloyd Webbers musical sequel to The Phantom of the Opera. Til I Hear You Sing was originally performed by Ramin Karimloo, who plays the Phantom in the play, and has here been arranged for Piano, Vocal and Guitar.

The cast album for Love Never Dies has beaten the albums for other musicals to become the best selling cast album in its first week of sales.

other products in the 'Single Sheet Songs' category: