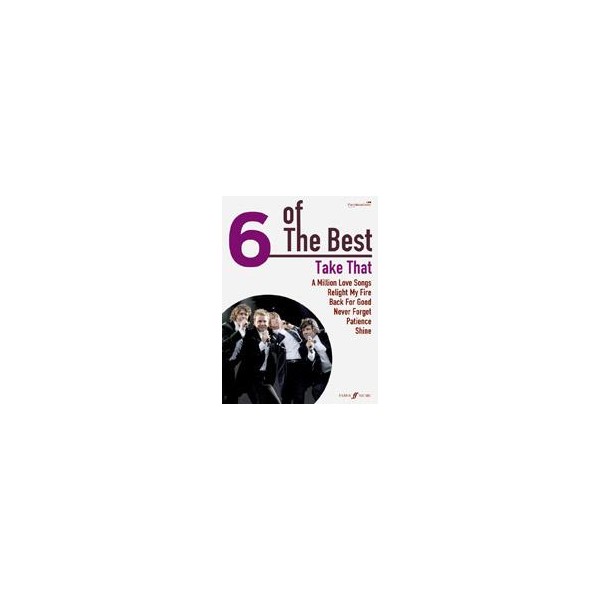 Six of the best songs from Take That, arranged for piano, voice and guitar. 6 of the Best simply does what it says - six of the best hits from leading artists available in a new and competitively priced format. Take That sold more than 30 million records between 1991–1996. The BBC described Take That as ":the most successful British band since The Beatles, beloved of young and old alike":. After a 2005 documentary and the release of a greatest hits album, they officially announced a 2006 reunion tour around the United Kingdom, entitled The Ultimate Tour. Since then they have recorded two studio albums, Beautiful World, released November 2006 and The Circus, released December 2008.

other products in the 'T' category: