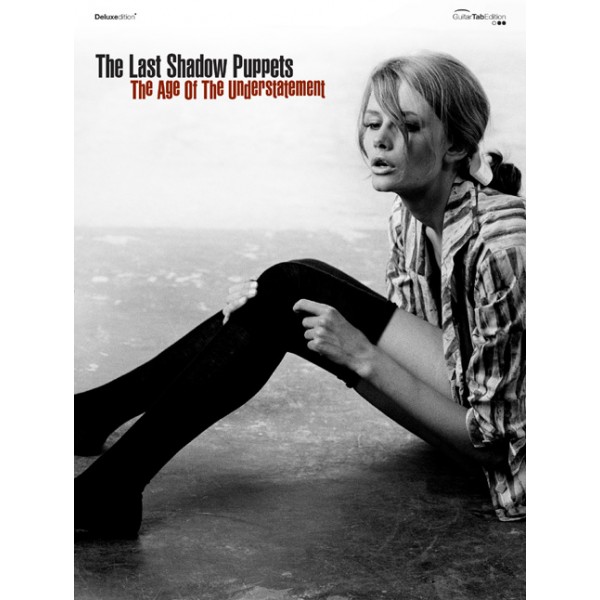 Last Shadow Puppets, The - Age of the Understatement, The (GTAB)

The No.1 debut from Arctic Monkey’s frontman Alex Turner and indie-boy ‘Rascal’ Miles Kane. This ‘side-project’ (recorded in a mere two weeks) has been lauded by the critics with NME describing it as “Incredible ... an awesome achievement” and The Times as “One of the most outstanding British pop albums of recent years”. The 12 songs offer a soaring collection of dramatic and symphonic, 60s-tinged pop. With a 22–piece orchestra, galloping violins, bold brass and stampeding drums, the music has a touch of Scott Walker and Ennio Morricone’s spaghetti western film scores, but given a bracing energy and original contemporary bite. The album hurtled into the charts at No 1 in May and promises to be one of the most memorable albums of the year. Recreate the songs yourself with this collection of accurate transcriptions for guitar and vocals.

Age of the Understatement, The (GTAB)