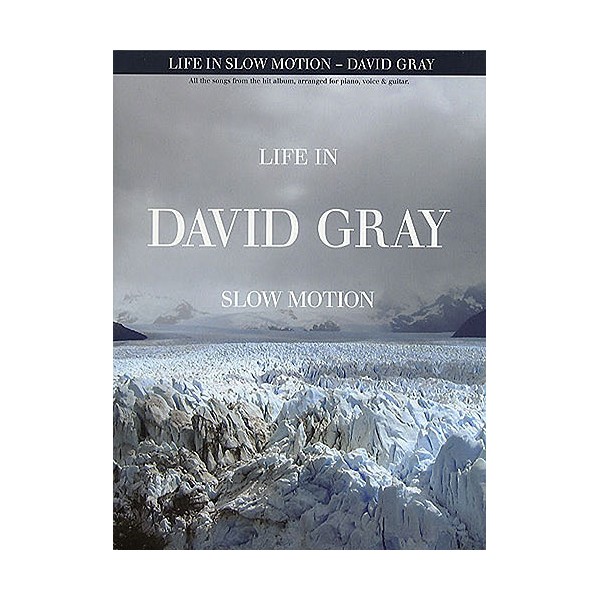 Almost three years since the release of his worldwide multi-platinum album A New Day At Midnight, David Gray presents Life In Slow Motion - his first album to take full advantage of a large-scale studio environment rather than the intimate bedroom sized facilities he has favoured in the past. The songwriting too has evolved, representing snapshots of those moments in life when time appears to slow - a marked departure from the semi-autobiographical narratives of White Ladder, and with Gray citing Sigur Ros and Sparklehorse among the influences for the record, it was inevitable this album would have more depth.

This matching folio features every song from the album, including the first single The One I Love, all authentically arranged for Piano, Voice and Guitar.

other products in the 'G' category: