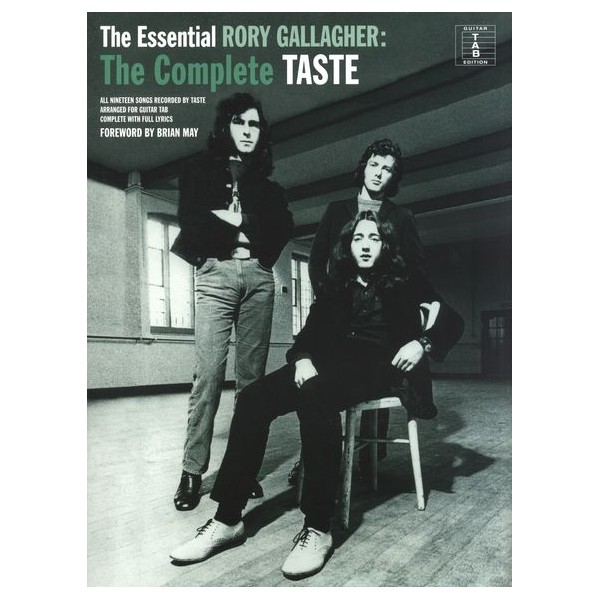 All nineteen songs from Taste and On the Boards, the only two studio albums released by Rory Gallaghers band, Taste before he pursued his solo career. The bands sound was characterised by Gallaghers Guitar playing, which was so impressive that when the band performed at the Isle of Wight festival alongside Jimi Hendrix and The Who in 1970 they were called back for a total of 5 encores. All songs are presented in Guitar Tab arrangements complete with full lyrics.

With a foreword by Brian May