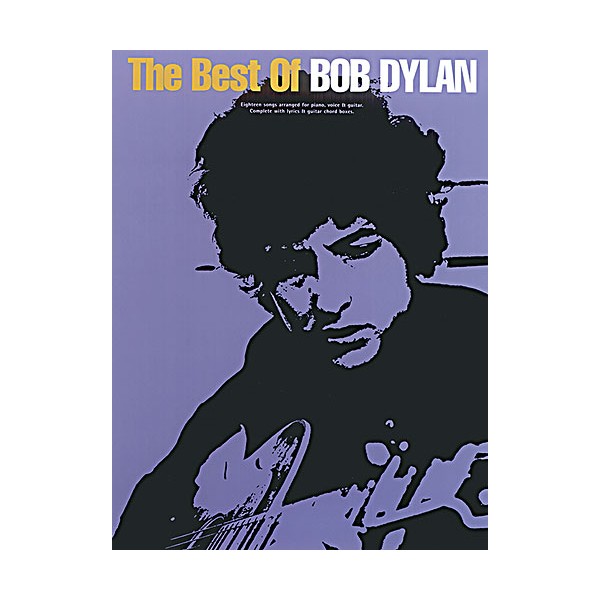 The Best Of Bob Dylan

One of the most important and influential singer-songwriters of the last century, Bob Dylan is a unique musician and poet. His contribution to music, especially folk music, in the last century ensures he has a permanent home in the American music hall of fame. Dylans songs always incorporated politics, social philosophies and included literary influences, all revolting from existing pop music conventions and particularly in the 1960s appealing to the counterculture of the time.

This terrific volume contains eighteen powerful songs arranged for Piano, Voice and Guitar representing some of the finest music in this genre and the best of his recordings between 1963 and 1999. Tracks include: Blowin In The Wind, Mr Tambourine Man and All Along The Watchtower.

other products in the 'D' category: