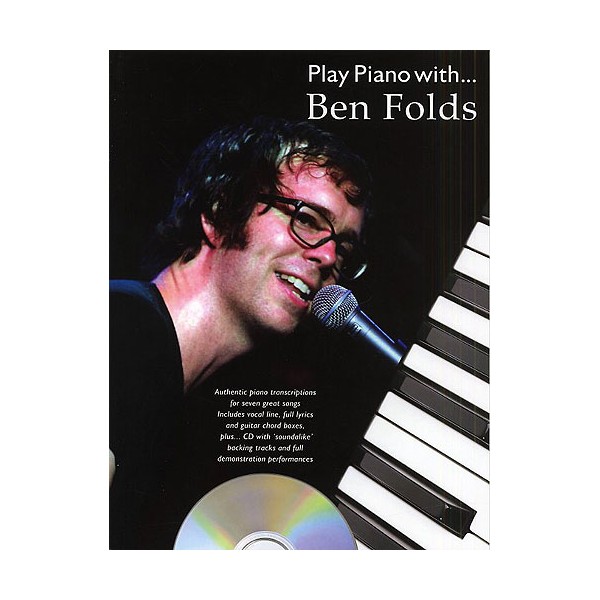 This specially produced book and CD set gives you the chance to learn the Piano parts for seven great Ben Folds favourites, before playing along with the CD of backing tracks that accurately captures the pure-pop magic of the Ben Folds Five. Get your hands around some of the virtuoso rock-players best, including Jesusland, Philosophy and Army and discover the secrets to the singers versatility and remarkable rock style. The book features full solo piano arrangements, complete with melody line, lyrics and guitar chords. The CD has full soundalike demo performances, as well as the all-important tracks minus the piano so you can play along.

other products in the 'B' category: