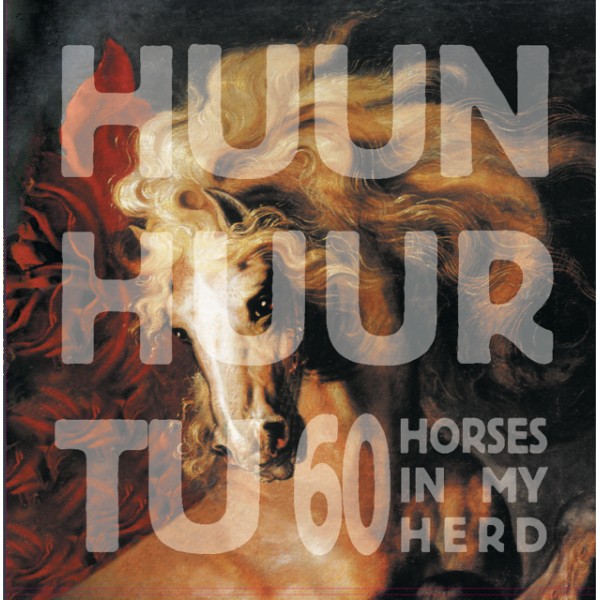 Huun-Huur-Tu ("sunbeams") are an ensemble from Tuva (or the Tyva Republic) in Russia on the border with Mongolia.

"60 Horses in my Herd" is an exclusive limited edition 180 gram vinyl, only released by JARO Medien

They are profoundly mysterious: the traditional, ritual laryngeal chants of the Central Asian land of Tuva. For with their unique song technique, the singers from the steppe develop an enthralling sound cosmos rich in undertones and overtones. Something that is no longer a mystery, however, is the world-wide success of the Tuvan quartet HUUN-HUUR-TU, now an established name in international world music, thanks to their modern presentation of traditional laryngeal singing.

The ensemble receives now a bigger acceptance with a new young audience which brings a lot of demands for vinyl. This is the reason there first album: "60 horses in my here" is released now as audiophile 180 gram record. The new interest in the group comes from a youtube video which was seen by around 5 million viewers all around the world.

Huun-Huur-Tu is touring permanently around the world.

This album is there very first release ever and contains some of classic Huun-Huur-Tu tracks. It will soon get a collecters item as only 1000 copies will be produced.

"… an amazing work of harmonical unity and beauty." (Jazz Thing)

"The longer you listen to the vocal caprioles, the more fascinating becomes this acrobatic onomatopoeia." (natur)

"Infatuating and enchanting, abysmal and magical the throat singing sometimes comprises four octaves – the love songs of the larynx acrobats from Tuva have the accustical depth of a cathedral." (BNN)

"It is perceivable why famous artists like Frank Zappa and the Kronos-Quartett have already worked with the throat singing artis from the heart of Asia." (BNN)

"Singer Khovalyg is the Pavarotti of throat singing." (Newsweek)

"They convince by a wonderful combination of meditative sounds and extatic rhythms." (Tiroler Tageszeitung)

"When they roar up from their deepest larynxes, the overtones start dancing and soar to transparent, barely palpable melodies. … The throat singing tradition from Tuva develops an archaic fascination from which you can hardly withdraw." (Karlsruhe Kurier)

"Huur-Huun-Tu … gave us 'enlightening' impression of an alien world." (AZ)