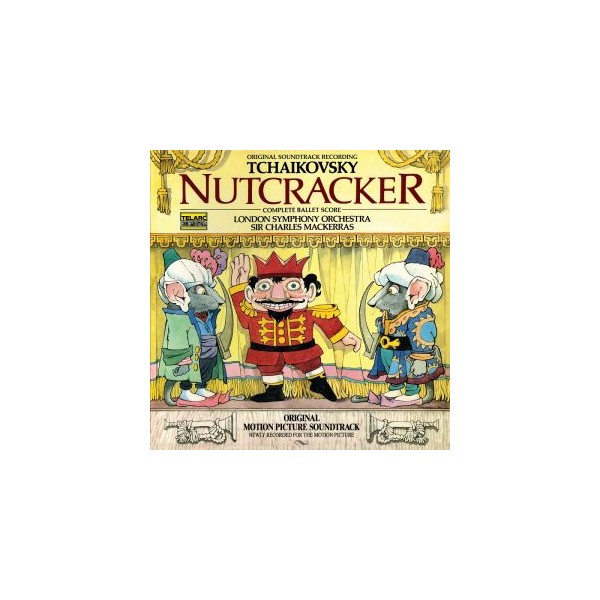 This is the first, in a series of classic Telarc LP's to be released on 180 gram vinyl with their original artwork.

In this highly regarded, 1986 recording, esteemed conductor Sir Charles Mackerras leads the London Symphony Orchestra through the dramatic, complete score, including such highlights as the "Dance of the Sugar-Plum Fairy", the "Arabian Dance" and the "Waltz of the Snowflakes." This coveted recording, reissued on vinyl for the first time in 20 years, served as the soundtrack to the 1986 movie version of the ballet.

One of the most beloved and recognizable classical compositions, The Nutcracker ballet by Tchaikovsky remains a perennial favourite, more than 120 years since its debut. When he composed The Nutcracker in the early 1890s, Tchaikovsky was one of the most famous composers in the world, universally regarded as the greatest musician in the history of Russia.