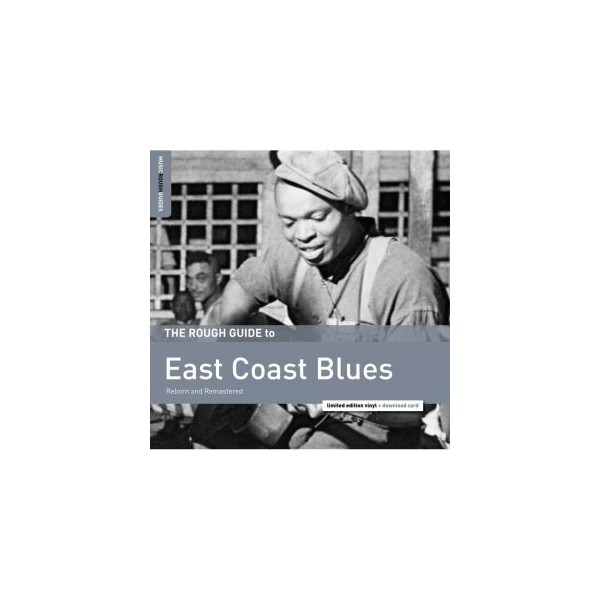 The East Coast blues is a style born in the Piedmont region of the US, which lies between the Appalachian Mountains and the coastal plain, running from Richmond, Virginia, southwards through the Carolinas and Georgia to Atlanta.

Often referred to as the Piedmont blues, it is very different in style from the harder and intense sounding Mississippi Delta blues and was pioneered by some of the greatest blues guitarists that ever lived. Their unique approach to the instrument was primarily influenced by the ragtime traditions of the early twentieth century, as well as string band, banjo and other forms of minstrel/medicine show music. This musical development was due to the cultural blurring of musical boundaries in this region and a more relaxed racial atmosphere, as blacks and whites borrowed musical ideas, tunes and instruments from each other. This was quite unlike the more supervised and stricter lifestyles of the vast plantations in the Delta where such musical interaction was more limited.

Typically, the Piedmont guitarist would create an alternating rhythmic bass accompaniment by moving the thumb of the picking hand between the different bass strings of the guitar, whilst one or more fingers of the same hand would pick out the melody on the higher strings. Essentially this approach gives the impression that the guitar is being played like a piano. One of the greatest of all the East Coast players, Reverend Gary Davis, would often joke that the guitarist was lucky as he had three hands: a fret hand which fingered the chord shape; the thumb of the picking hand which would imitate the left hand of the pianist; and the index and other fingers of the picking hand to play what the right hand of the pianist would play.

Like the guitar style, the vocal delivery tends to be friendlier, more relaxed and without the tortured emotional intensity of the Delta blues. This gives the music an instant accessibility and warmth, beautifully highlighted by the laid back vocals of East Coast favourites Curley Weaver and Barbecue Bob.

Blind Blake was the first commercially successful performer of this style, whose intricate fingerstyle technique and diverse repertoire ranging from upbeat rags and hokum tunes to slow blues numbers influenced all who followed, from the likes of Blind Boy Fuller, Josh White and Reverend Gary Davis, to modern day guitarists Ry Cooder, Ralph McTell and Jorma Kaukonen. Another huge influence on guitarists past and present was Blind Willie McTell who exclusively used a twelve-string guitar and, like Blake, could draw on a huge repertoire of songs from different styles. McTell was also a brilliant slide guitarist, which was unusual among the East Coast players.

No East Coast blues compilation would be complete without Blind Boy Fuller who became the most well known and recorded of bluesmen from the Carolinas. In a similar way to Robert Johnson in the Delta, Blind Boy Fuller was able to bring together the many different styles of the Piedmont region and serve them up in a way that encapsulates the essence of the East Coast blues

Little is known about many of these artists, none more so than Willie Walker. According to Josh White, he was 'The best guitarist he had ever heard', but who only ever recorded two sides in 1930, with 'South Carolina Rag' being one of the absolute masterpieces of ragtime guitar playing. This is just one of many highlights on an album full of melodic grace and instrumental virtuosity from what is undoubtedly the most varied and fun loving form of country blues.