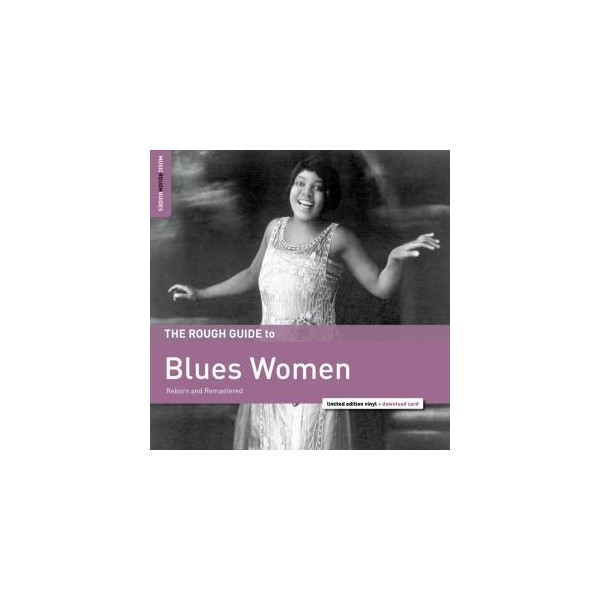 The 1920s was undoubtedly the era of the female blues singer. With their origins in the worlds of vaudeville and jazz music, they enjoyed great commercial success throughout the decade, selling a considerable number of records and packing out clubs and theatres alike. Never has there been another time when women so dominated the genre and made the blues so much their own.
Mamie Smith was the first to emerge from the vaudeville circuit and became the first African-American artist to make a blues recording in 1920 with the featured 'Crazy Blues'. The immense success of this recording opened the door for many others to follow such as Ma Rainey, Bessie Smith, Sippie Wallace and Ida Cox.

Ma Rainey and Bessie Smith were undoubtedly the most captivating and expressive of what became known as the 'classic blues' singers. Both dressed in flamboyant style and their powerful voices and forceful personalities set the standard for recorded blues, selling well among a southern rural audience familiar with their travelling tent shows and musical revues. Drawing upon some of the finest jazz talent of the early and mid-1920s for studio accompaniment, the classic blues of Bessie Smith, Ma Rainey and other popular blues singers was always full of double entendre or hidden and multiple meanings. Although an outcrop of Southern rural blues, an expression of the poor and oppressed, the sequined glamour of the classic blues was seen as a welcome contrast to drab lives. So while the blues until the 1920s was largely local, rural, Southern and male, these women were urban performance artists, travelling and performing in the new speakeasies and nightclubs of a dynamic era.

The classic blues had a great impact also on important rural bluesmen, and here both Kate McTell and Bertha Lee are accompanied by their illustrious bluesmen husbands Messrs Blind Willie McTell and Charley Patton. Likewise, Blind Blake provides typically nimble and ingenious accompaniment for Irene Scruggs ? commonly known as 'Chocolate Brown' ? on 'Itching Heel' which demonstrates sublime interplay between the two. These vintage tracks highlight the significant role that women have played in the more rural aspects of early blues, which is further demonstrated by the haunting voice of Lottie Kimbrough whose self-penned song 'Rolling Log Blues' has subsequently been recorded by many important blues performers.

During the 1930s, blues music underwent a radical change as larger-than-life female singers fell out of favour with the public and male guitarists like Blind Lemon Jefferson, Charley Patton and Tampa Red started to capture people's imagination. Memphis Minnie, though, transcended this change in the public's musical tastes, as her powerful vocals commanded authority and her six-string skills rivalled and, in many cases, surpassed those of her male contemporaries. Mattie Delaney was another accomplished guitarist whose variant of Tommy Johnson's 'Big Road Blues' shows how she possessed one of the most remarkable voices in country blues. Geeshie Wiley is widely considered to be one of the greatest ever recorded country blues singers whose style is totally unconventional. Here she teams up with her female compatriot Evie Thomas for a wonderful rendition of 'Pick Poor Robin Clean'.

When the Depression effectively ended the careers of many of the classic blues artists including Ma Rainey and Bessie Smith, the blues revivalists were ultimately looking for an "authenticity" that they equated with the country blues, particularly that of the Mississippi Delta region, so many of the blues queens of the 1930s were largely forgotten. This welcome collection deservedly revives the memory of both the urban and rural female blues singers who played a pivotal role in the development of the blues.