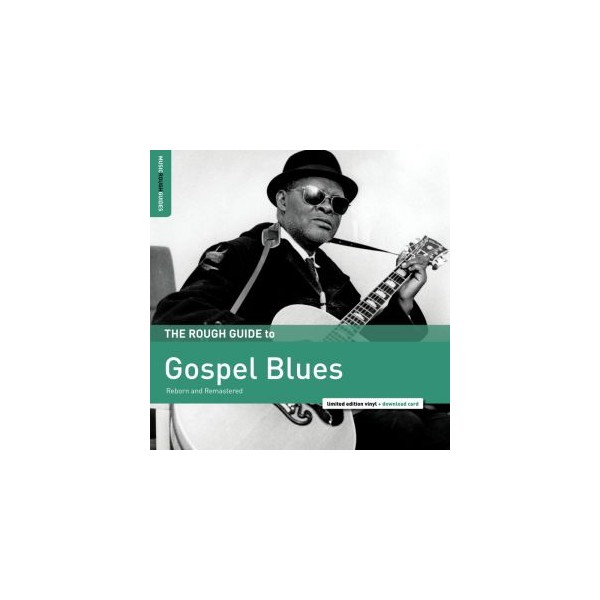 Although the blues and gospel music of the African American in the pre-war era seem quite distinct, they were essentially two sides of the same coin. Both genres shared the same longing for a better life and an almost blind hope in deliverance and redemption. The musical influence of the church was profound on many blues singers, as this was often where they started out. Many early bluesmen would freely switch between playing blues and gospel and it was not uncommon for artists to go back and forth between careers as preachers and blues performers.

Ultimately famed for his 'devil's music', Blind Lemon Jefferson's version of 'All I Want Is That Pure Religion' was one of two recordings from his first session in 1926 which were gospel songs, released under the name Deacon L. J. Bates. Later that year Blind Joe Taggart and Edward W. Clayborn were the first genuine guitar evangelists to record. Clayborn only performed gospel tunes but Taggart also recorded secular music under a number of different pseudonyms. The success of these early recordings led to other singer-guitarists being sought out and recorded.

Like the itinerant bluesmen, the guitar evangelists had to ply their trade on street corners and anywhere that would allow them to scrape a meagre living together. One such artist was Blind Willie Johnson who, although a devout Christian performing only religious material, became a seminal figure in the history of the blues. From the dazzling slide guitar playing and earthy, pained vocals on Johnson's extraordinary recordings one can draw an obvious musical comparison with the blues. It is, however, the shared subject matter of human struggle that connects the blues and gospel which resonates at the deepest level. After Johnson's initial recordings sold very well, many star bluesmen of the time such as Barbecue Bob followed suit with versions of Negro spirituals, often credited under pseudonyms in order not to offend the church.

Undoubtedly, the most technically adept of the true guitar evangelists was Reverend Gary Davis, whose incredible ragtime-infused style has been a huge inspiration to guitar fingerpickers ever since. Davis was an important inspiration to the folk music revival alongside other featured bluesmen such as Skip James (who was later ordained as a minister) and Bukka White, all of whom had recorded a small number of spirituals and were given a new lease of life in the 1960s. Josh white was another and here he teams up with Blind Joe Taggart, a man whom he later described as 'tricky, nasty and mean'. The pointed 'Scandalous And A Shame' was his first popular Paramount recording. Blind Willie McTell was an active preacher later in life playing only religious material but sadly died a few years too early to benefit from the 1960s blues revival.

It has been said that the 'Queen Of Country Blues' Memphis Minnie only once went to church to see a gospel group perform, but you wouldn't know this when hearing her take on 'Let Me Ride' which evokes the mood and fervour of Southern black worship. Likewise, many of Bessie Smith's classic blues songs have a hymn-like quality as a result of the fusion of the sacred and the secular in her delivery. Her beautiful version of 'On Revival Day' undoubtedly reflects the dynamics she would have heard in the sacred songs in her childhood church. Less is known about Mother McCollum whose stompin' masterpiece 'Jesus Is My Air-O-plane' displays her wonderful guitar-playing and soulful vocals, and like all of the featured tracks illustrates how the line separating the Lord's song and that of the blues was very, very thin.

Reverend Gary Davis - I Am The Light
Blind Willie Johnson - I Know His Blood Can Make Me Whole
Bukka White - The Promise True And Grand
Rev. Edward W. Clayborn - Your Enemy Cannot Harm You
Blind Joe Taggart & Josh White - Scandalous And A Shame
Mother McCollum - Jesus Is My Air-O-Plane
Blind Willie & Kate McTell - I Got Religion, I'm So Glad
Skip James - Be Ready When He Comes
Memphis Minnie - Let Me Ride
Barbecue Bob - When The Saints Go Marching In
Bessie Smith - On Revival Day
Blind Lemon Jefferson - All I Want Is That Pure Religion