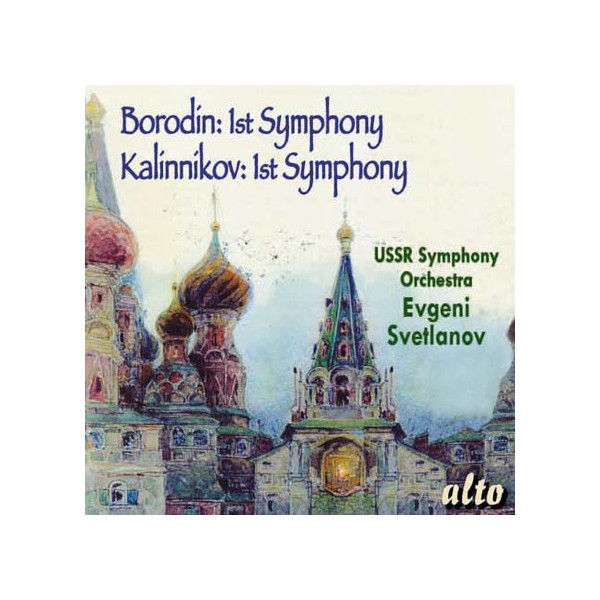 Recommended by Forsyth for Christmas 2016:

For many of us, the soundtrack to Christmas is Russian ballet: The Nutcracker, The Sleeping Beauty, Swan Lake. If you’re interested in supplementing these great Tchaikovsky scores by digging deeper into the riches of Russian repertoire, an equally melodious and beautifully orchestrated place to start is this coupling of the first symphonies by Borodin and Kalinnikov, freshly reissued this year.

Alexander Borodin (1833-1887), best known for the Polovtsian Dances from his opera Prince Igor, was a successful surgeon before his teacher Balakirev convinced him that composition was his ‘real work’. He joined Balakirev in The Mighty Handful, which aimed to create a distinctly Russian sound by combining traditional folk styles with modernism and orientalism. Fellow member Rimski-Korsakov was ‘amazed’ by Borodin’s first symphony, and it was this work which introduced him to European audiences when Liszt organised a performance in Germany towards the end of Borodin's life.

Vasily Kalinnikov (1866-1901) is little known outside Russia but testament to his accomplishments is the fact that Tchaikovsky recommended him for prestigious directorships in Moscow, while Rachmaninov brokered a deal for Tchaikovsky’s publisher Jurgenson to issue his works, including his wonderfully tuneful first symphony. A transcription of the Finale has been a popular standard of the wind band repertory since the 50s, and Gramophone magazine imagines “a Prom audience… would surely take to it with delight”. We love playing this in the shop so come and hear it here first!

Symphony No. 1 in G minor

Symphony No. 1 in E flat major