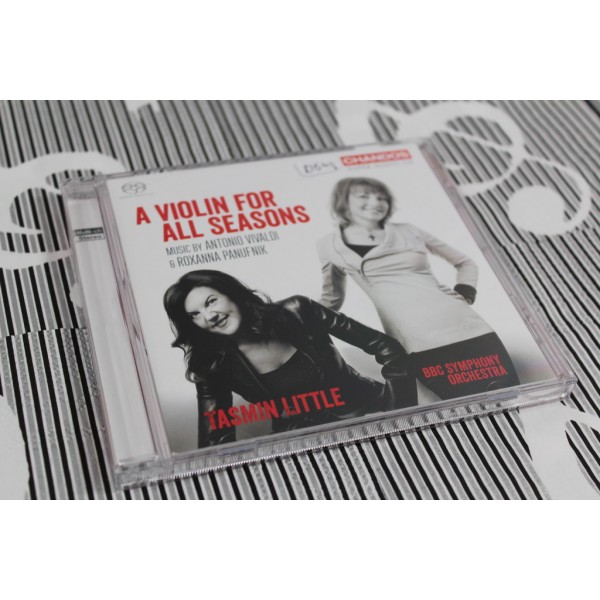 If you’re a violinist recording Vivaldi’s Four Seasons, you’re entering an extremely crowded market in which most of your potential takers will already own other people’s interpretations and, to some, what you programme alongside the Vivaldi will be more important than how you play it. Most releases offer additional works related by either period or theme; enterprisingly, Akademie für Alte Musik Berlin ticked both boxes with Rebel’s ballet Les élémens of 1737. Piazzolla’s Four Seasons of Buenos Aires has become a favourite companion piece, but a fashion has developed for new commissions providing other local, national and global perspectives: Alexey Shor’s A Manhattan Four Seasons, Philip Glass’s The American Four Seasons, and now Roxanna Panufnik’s Four World Seasons. Here we witness both Indian Summer and Tibetan Winter (featuring Tibetan singing bowl), Spring in Japan, and Autumn in Albania, dedicated to the composer’s father, Sir Andrzej Panufnik, who, while Polish rather than Albanian, “lived, loved and died in Autumn”. Meanwhile, in the Vivaldi, while declaring herself “not a baroque violinist”, soloist and director Little creates an effective synthesis of elements drawn from historically-informed and modern practices. Instead of the one-to-a-part ensemble often employed for period-instrument performances, Little opts for a larger, modern-instrument orchestra which nonetheless sits comfortably with her nuanced vibrato, flowing ornamentation and improvised linking passages between movements, all accompanied by some inventive continuo playing.

In memory of my father Andrzej Panufnik who lived, loved and died in Autumn

To Tasmin Little and the Orchestra of the Swan