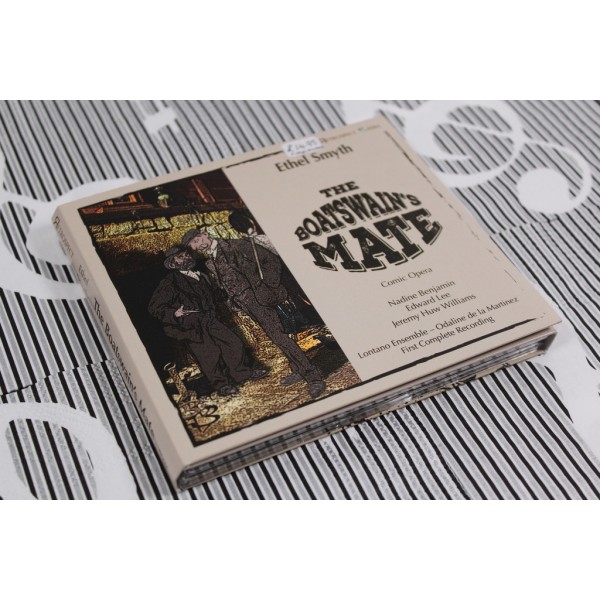 The Boatswain’s (pronounced “Bosun’s”) Mate was Ethel Smyth’s most successful work, a comedy presenting serious social themes of the day with a lighter musical touch than she allowed herself in her symphonic works. Central to the plot is the question of whether Mrs Waters, recently widowed, would be happier if she re-married than if she continued to live independently. First performed in 1916, two years before women over 30 were granted the right to vote, the opera’s overture incorporates “The March of the Women”, which, written by Smyth in 1911, had become the anthem of the women’s suffrage movement. Until now, the overture was one of the few sections of the opera to be commercially available, and Smyth’s own recordings of extracts from this opera and another, The Wreckers, supplement this first complete recording. As well as marking the 100th anniversary of the opera’s first performance, this release is also the first from Retrospect Opera, which plans to release further British operas such as Solomon and Burnand’s Pickwick, Loder’s Raymond and Agnes, and Smyth’s Fête Galante.

other products in the 'Opera and Ballet' category: