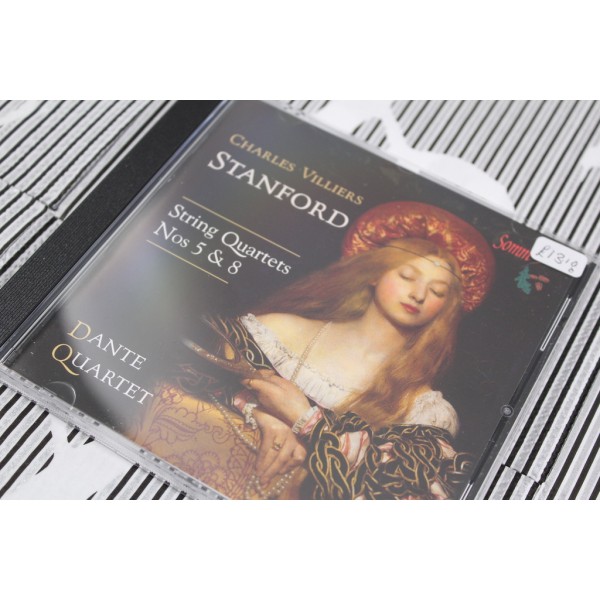 The 40 Anglican choral works for which Stanford is largely remembered represent only a fifth of his varied output. Alongside nine operas and seven symphonies are numerous concertos and chamber works, including eight string quartets all written in the second half of his life as he consciously sought to preserve classical purity from what he considered the degeneracy of modernism. This effort is most apparent in the serious and sombre Quartet No. 8, which, along with Nos 4, 6 and 7, has never been published, remaining only in the composer’s manuscript. Even the four which were published in Germany during Stanford’s lifetime have not appeared in a modern edition, hitherto a major obstacle to performance, so all the quartets have been edited by Prof Jeremy Dibble for this series of premiere recordings. Quartet No. 5 was Stanford’s memorial to his friend, Joseph Joachim, the violinist who premiered Brahms’s concerto. Despite commemorating a death, it is largely a more cheerful work than No. 8, not only taking its lead from Joachim’s personal character but quoting from one of his own compositions, the Romance Op. 2 No. 1, which is also included on the recording.

other products in the 'Chamber Music' category: