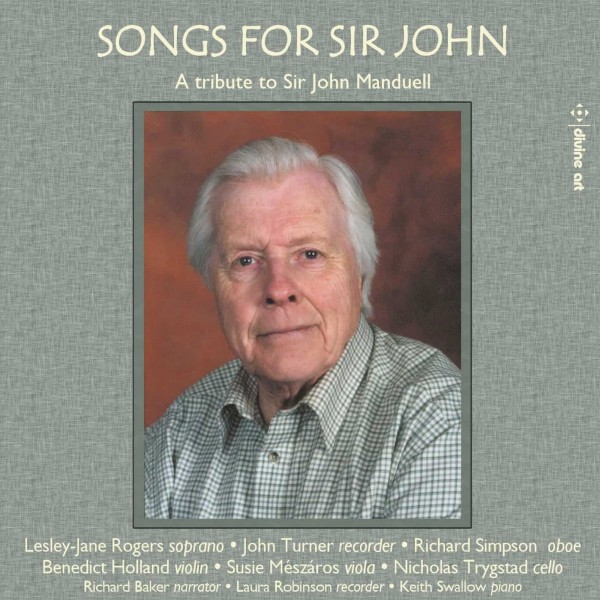 Songs for Sir John - A Tribute to Sir John Manduell

Sir John was the first Principal of the RNCM and went on to become a BBC producer and the founder of the European Opera Centre. In honour of his memory, Divine Art Records have released an album of works by contemporary composers which were all #dedicated to him. We think it is a fantastic collection of chambermusic works!

This album in tribute presents works by 16 composers from more than one generation, centred around settings of W.B. Yeats and principally songs with oboe, recorder, violin and cello. The music is varied, rich and wonderfully set to the texts, and yet the textures are always transparent and clear; there is nothing inherently ‘difficult’ for the listener. The performers are among the cream of the Music world of Northern England, and also, in the Robin Walker Nursery Rhymes (the only work not specially recorded for the album), feature the iconic veteran BBC presenter Richard Baker. Many of these artists have starred in several other Divine Art and Metier albums – click their names above for details.

Even without the Manduell connection this is a wonderfully constructed program of new chamber music. In the track list below, the non-vocal works are marked *.