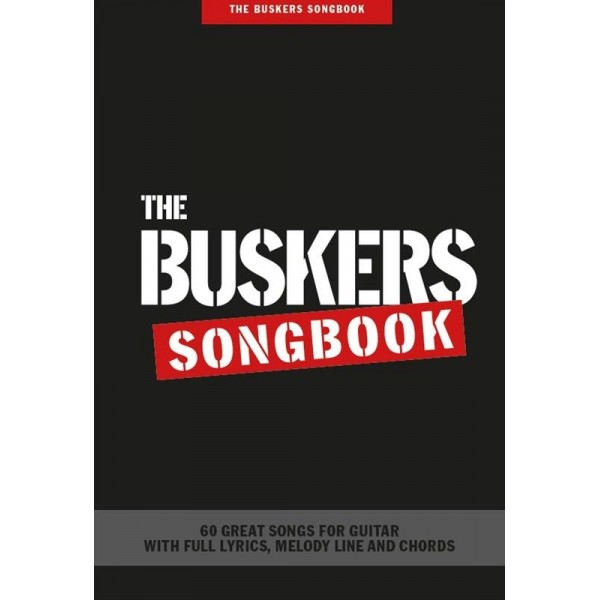 The Buskers Songbook is the ultimate introduction to busking. Packed with no fewer than 60 acoustic classics with Guitar chords, lyrics and top line melody, it also features an expert guide to busking, produced in conjunction with Busk In London. Whether youre an experienced busker looking to inject some inspiration into your repertoire, or youre looking for the best way to get into this exciting way of performing, look no further than The Buskers Songbook . Including a number of pop crowd-pleasers, folk favourites and some unexpected choices, this collection of busking songs will never fail to draw an audience. If youre more of a folk fan, Bob Dylans All Along The Watchtower or Joni Mitchells Big Yellow Taxi will win the public over, or if you prefer the old pop favourites, Mrs Robinson, Lola or Teenage Kicks will pull in the pounds. Looking for more recent tunes to win the crowds? Daft Punks Get Lucky , Ed Sheerans Thinking Out Loud and Adeles Rolling In The Deep are guaranteed hits. This is just a small selection of the 60 great busking songs included here, from a generous number of genres. Not only does The Buskers Songbook include how to play great busking songs, it also has a detailed section on how to busk, including where and when, as well as some insider tips on how to get the most out of performing in public. Produced together with Busk In London (www.buskinlondon.com), this songbook is an invaluable companion that will get you out there performing and having a great time. Check out our interactive video below to watch a crocodile, a grandmother, a bear and a gentleman prove their busking chops on a busy street in London. Dont forget to tip your favourite! If youre looking to learn some fantastic busking songs, The Buskers Songbook gives you a huge range of tunes that you can start playing quickly and easily. The Guitar chords, full lyrics and melodies for 60 songs will draw the crowds, while the valuable busking tips will allow you to get the most out of this unique way of performing.

other products in the 'Busker's Books' category: