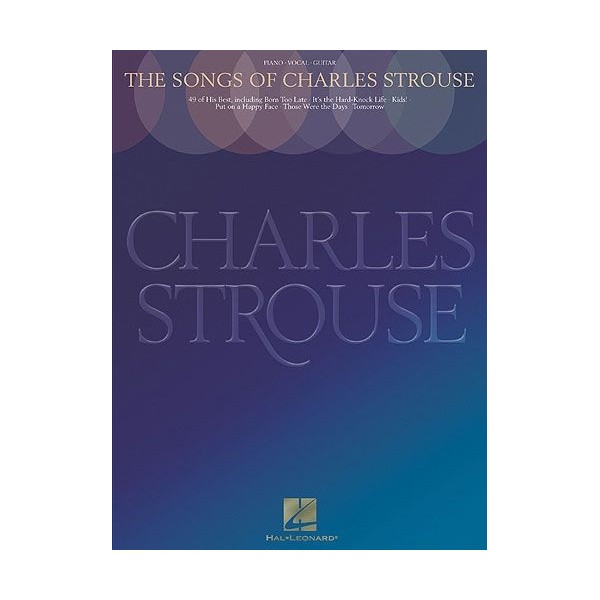 The Songs of Charles Strouse

Since the 1950s, Charles Strouse has composed the scores to some of Broadways most successful and enduring musicals, in addition to several well-known movie scores, concert music and operas. A true crossover artist with strong classical roots, Strouse is a three-time Tony Award winner, honored for his first Broadway classic Bye Bye Birdie (1960), Applause (1970) and Annie (1977). He also won an Emmy Award in 1996 for outstanding individual achievement in music and lyrics. A recipient of the coveted ASCAP Richard Rodgers Award for his achievement in musical theater, Strouse also has been honored by the American Theater Wing and elected to the Theater Hall of Fame. This collection presents 49 of his songs arranged for piano and voice with guitar chord frames. Includes: Applause ? Blame It on the Summer Night ? Born Too Late ? Bye Bye Birdie ? Children of the Wind ? Follow the Way of the Lord ? I Cant Stop Dancin ? I Dont Need Anything but You ? It Would Have Been Wonderful ? Its the Hard-Knock Life ? Kids! ? Look on the Bright Side ? A Lot of Livin to Do ? Put On a Happy Face ? Those Were the Days ? Tomorrow ? When You Smile ? Youve Got Possibilities ? and more. Also features a fascinating article about Strouses career, with photos.