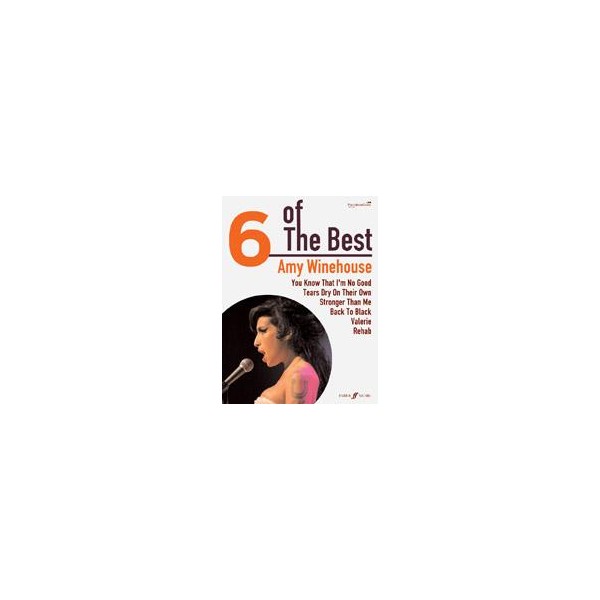 Six of the best songs from Amy Winehouse, arranged for piano, voice and guitar. 6 of the Best simply does what it says - six of the best hits from leading artists available in a new and competitively priced format. Amy Winehouse is the first British singer to win five Grammys, including three of the Big Four: Best New Artist, Record of the Year and Song of the Year. In 2007 she won a BRIT Award for Best British Female Artist: she had also been nominated for Best British Album. She has won the Ivor Novello Award three times, one in 2004 for Best Contemporary Song for Stronger Than Me, one in 2007 for Best Contemporary Song for Rehab, and one in 2008 for Best SongMusically and Lyrically for Love Is a Losing Game, among other prestigious distinctions.

6 of the Best: Amy Winehouse (PVG)