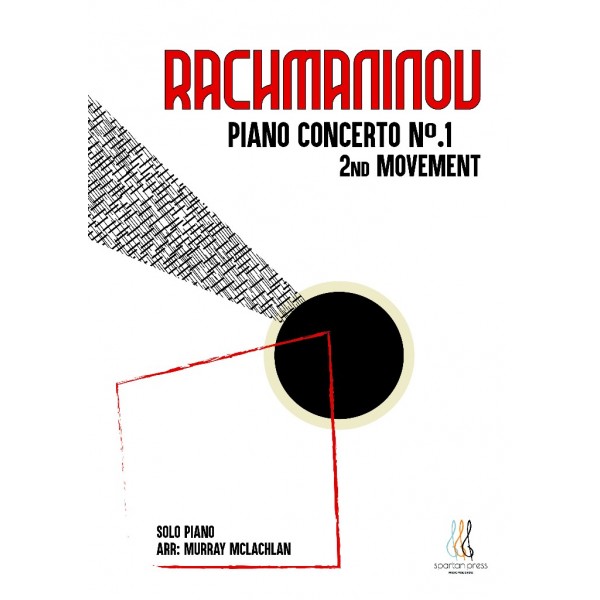 Rachmaninov's first concerto in F sharp minor, Op. 1, was composed in 1891 and dedicated to Alexander Siloti. The work was substantially revised in 1917, with textures made much lighter. The revised version is also more concentrated and disciplined with the material, eliminating some of the earlier episodic sections entirely from the score.

The second movement is an exquisite 74 bar miniature, a nostalgic nocturne that is contrapuntally rich. In this solo version the use of all three pedals, and the middle pedal in particular, make it possible to project the multifaceted textures, the 'colour counter-point', that, along with Rachmaninov's chromaticism, enhances his considerable melodic gifts. Was Rachmaninov the 'Russian Bach'? Certainly his genius for 'inner voices', 'inner melodies', and counter-melodies make his music an inexhaustible treasure house of possibility for the creatively charged solo pianist. In Rachmaninov's piano writing there is simply no such thing as 'padding' or anonymous accompaniments – every line can be vocally or orchestrally charged, making the music glow with richness and inspiration.

This transcription was given its world premiere on April 1 – Rachmaninov's birthday – in 2017 in New York as part of a recital for the Lezetizky society. Further performances were given on what was an intense US Easter tour in Washington, Texas, Boston and Vermont. I've also performed the transcription in Canada and the UK.