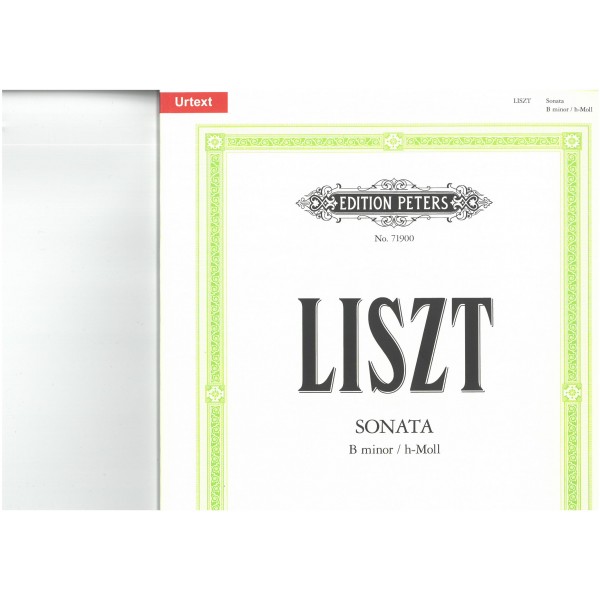 One of the great strengths of the Peters edition of Liszt's piano music is that it was edited by Emil von Sauer - perhaps Liszt's most famous pupil. Dr Leslie Howard, one of the greatest modern-day exponents of Liszt's piano music, has embarked upon a project to update our editions of these great works, utilising this valuable link to Liszt's musical and pianistic intentions via his pupil.

We are delighted to offer this landmark new edition of arguably his greatest work, the 'Grand Sonate pour le Pianoforte' according to the manuscript, now known habitually as the 'Sonata in B minor'.

Superlatives abound when describing this monumental masterpiece, and they are fully justified. Given the radical nature of this music, the composition date of 1853 might seem surprisingly early. Its astonishing formal ingenuity keeps analysts perpetually occupied, but from the listener's perspective equally important is surely the immense emotional power of the work in all its multifaceted glory.

other products in the 'Composers L' category: