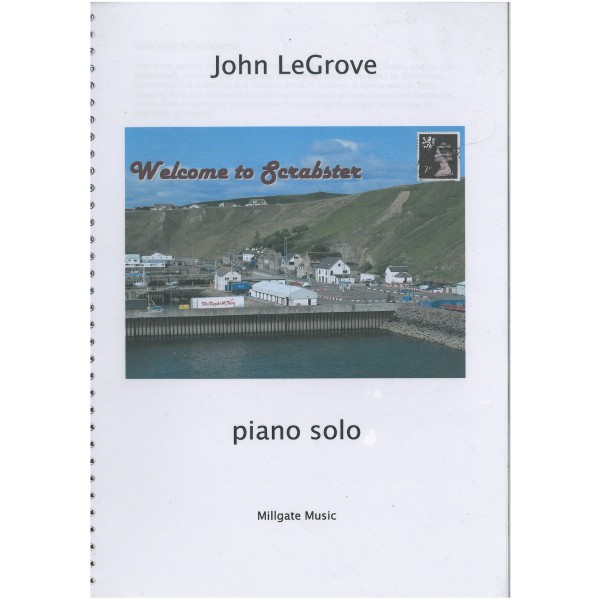 This short ternary form piece is a tribute to Sir Peter Maxwell Davis, and its title deliberately refers to that composer's haunting, elegiac Farewell toStromness. Stromness is a charming and magical place in Orkney; a ninety-minute ferry crossing from the mainland Scottish northern coast arrives there from Scrabster, which even a charitable commentator would be hard-pressed to describe as charming or magical.

The outer sections of my piece are predominantly in a folk-influenced F major, complete with "Scotch snap" rhythms, yet which allow the odd moment of tonal and metrical disruption, suggesting perhaps the swell of the tide. The middle section deconstructs some of the material from the preceding music to create a rather bleak picture of a deserted ferry terminal. Some of this bleakness resurfaces at the very end.

The piece is dedicated to Murray McLachlan, a wonderful and inspiring colleague and friend.

other products in the 'Composers L' category: