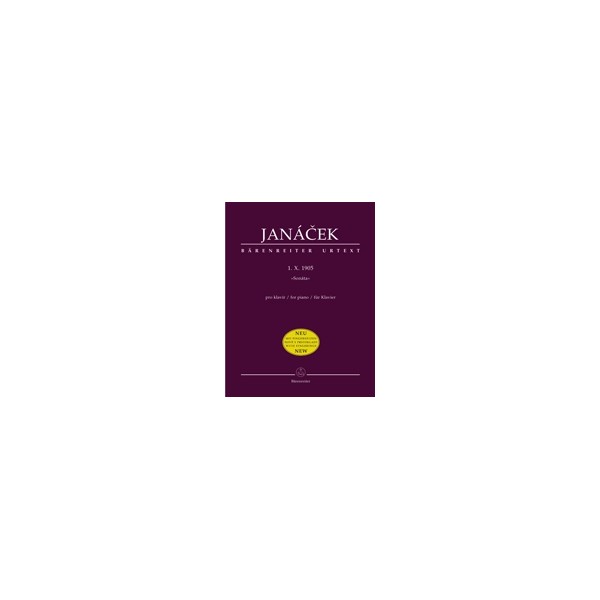 * Leoš Janáèek
Usually referred to as a sonata, 1. X. 1905 is Janacek’s most significant piece for the piano. The work had a tumultuous history. It originally consisted of three movements inspired by the death of a Czech labourer shot by soldiers during a demonstration in Brno. Shortly after its première in 1906 Janacek destroyed the final movement and then, following a private performance in Prague, the other two movements as well. It was not until the celebrations for his 70th birthday that the pianist of the première found the courage to play the piece to the composer once again from her personal copy. Janacek then decided to publish the work after all. The musical text is based on the Complete Scholarly-Critical Edition of the Works of Leos Janacek and has been given practical fingering suggestions.
- Detailed new preface by Jiri Zahradka (Czech, Eng., Ger.)
- Tried and tested fingerings
- Bärenreiter Urtext at the forefront of Janacek