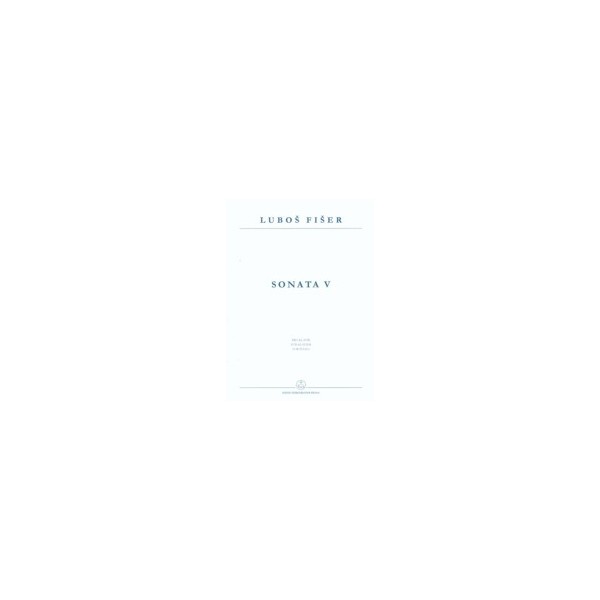 Piano Sonata No. 5 was written in 1974. Stylistically, it moves on from works completed in the 1960s which betray a synthesis of Fisers own musical language and the stimuli of New Music. With the exception of the final passage, the sonata exclusively applies the mode B flat-B-C-C sharp-F-F sharp-G, which was first used in a narrowed six-note form in 1965 in Fifteen Prints after Durers Apocalypse. Formally, the piece is arranged into short contrasting sections which are created from brief repetitive ostinato motifs. With minimal use of thematic and expressive material, the composer achieves effective dramatic abbreviation of the kind which culminated in works from the 1960s. This musical treatment is abandoned only in the final, lyrical part, which anticipates the future development of Fisers musical language, leading to its simplification and overall dramatic reduction. Piano Sonata No. 5 was first published in 1996 by Barenreiter Editio Supraphon Prague, in a re-print of a transcription provided by the Czech Music Fund in whose preparation the composer was also involved at the time. The new edition consistently adheres to this authorised copy of the work, while confining itself to the correction of several apparent omissions and errors.