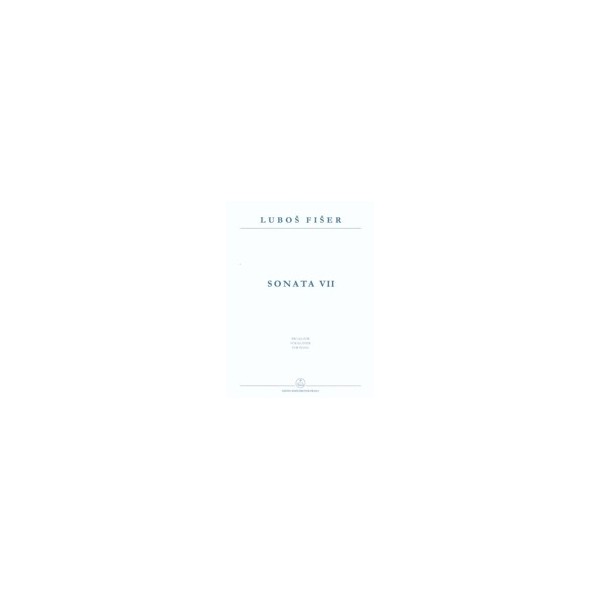 Piano Sonata No. 7 was written in 1985, namely around the time of the film opera Eternal Faust, and ten years after Piano Sonata No. 6. Like Fiser·s masterpieces from the 1960s, this work is also modal (modes B flat-B-C-C sharp-E-F-F sharp-G, in three places extended to include the note E flat). The piece is divided into short sections with highly contrasting rhythms, dynamics and tempos: thematically, however, it is closely integrated and unified. The harmony almost exclusively comprises two or three note chords, with emphasis on the use of seconds, tritones and fourths within a broad position, with the endeavour to achieve maximum dramatic effect. Nevertheless, this sonata betrays a certain loosening of the strict dramatic abbreviation which occured in works from the 1960s, particularly where the melody is concerned: the composer uses broad lyrical themes as an effective contrast to the dramatic short ostinato melodies. This tendency, already apparent in Piano Sonata No. 5, was fully developed during the 1990s. The premiere of Piano Sonata No. 7 was held in Munich in 1987. It was first published in 1997 by Barenreiter Editio Supraphon Prague, in a re-print of a transcription provided by the Czech Music Fund (Cesky hudebni fond) in whose preparation the composer was also involved at the time. The new edition consistently adheres to this authorised copy of the work, while confining itself to the correction of several apparent omissions and errors.