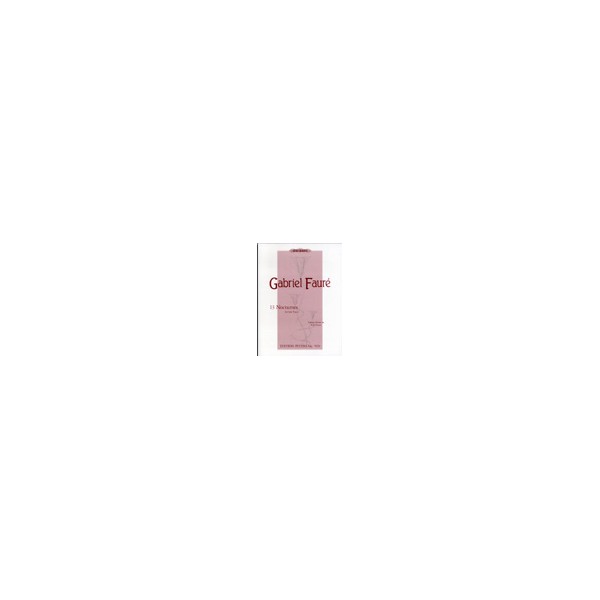 A new edition of Fauré’s Thirteen Nocturnes has long been needed, to clean up literally hundreds of old misprints and dubieties. Indeed, towards the end of his life Fauré prepared a corrected edition of his first eight Nocturnes, but this went so badly w rong, wrong that he tried, just before he died, to block its publication. Undeterred, the publisher concerned (Hamelle) issued it in that state in 1924, and that’s what’s been available since – cluttered since the 1950s by editorial fingering and hand re distributions. . The only other attempt at editing Fauré’s Nocturnes was in the 1980s, from the Leipzig branch of Peters: unfortunately this edition left manuscripts unconsulted and tended to misconstrue Fauré’s unusual type of modal polyphony. Not untyp untypical is its treatment of bar 63 in the Sixth Nocturne: a wrong note is left uncorrected while three notes around it are changed in a doomed attempt to make sense of the wrong one. The new London Peters edition (which replaces the Leipzig one) has com compared all known manuscripts and prints from Fauré’s lifetime, along with some piano rolls recorded by Fauré and memoirs and scores marked up by pianists who worked with himA few of Fauré’s own printed copies survive, showing numerous written correction s by him that never made it into the 1924 re-edition and which are now printed for the first time.
The preface includes some performing advice that can be traced back to Fauré: it bears out his wish to have his music played in time and up to his dynamics, without sentimental rallentandi or soggy rubato.