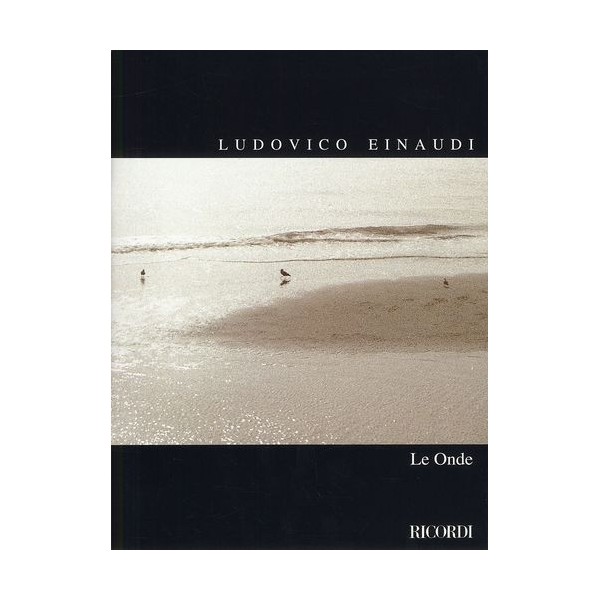 Solo Piano work written in 1996 by the acclaimed Milanese composer. Einaudi writes "The idea of Le Onde was to write something inspired by Virginia Woolfs novel The Waves. I was really intrigued by the form of the novel, which is very complex and interesting because some parts are written in italics and others in normal text. The parts in italics are like a cadence running through the book. The book is a description of what people see during one day, starting from the light of the morning and by the end of the book night has fallen. Every time the italic chapters come back, you see a different change of light on whats happening on the shore."

He started writing all the pieces for Le Onde inspired by this idea, but reached a point when he felt there was still a piece lacking from the overall picture. "I said yes, its missing Le Onde, which had in its opening the cadence of a wave. The idea was that the music flowed and was developing by itself, from the opening arpeggio, like when you see a wave developing in its space, its developing because it has to. Its perpetual motion."

other products in the 'Composers E' category: