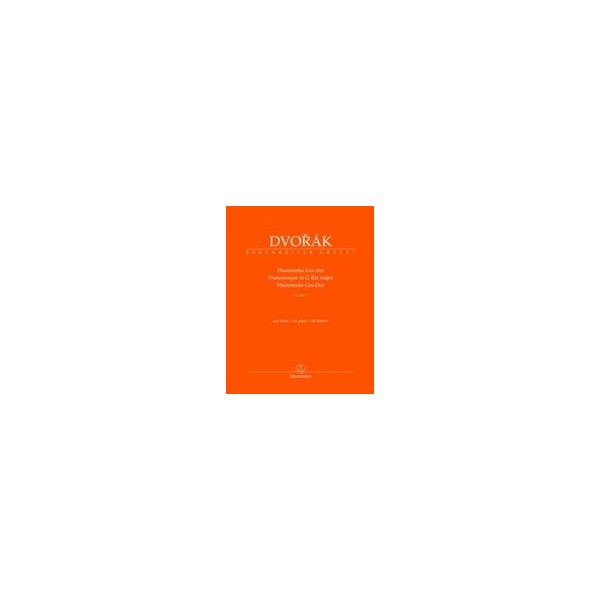 The Humoresque (in Czech Humoreska) in G flat major, Op. 101, No. 7 is today undoubtedly one of the most famous pieces by Antonin Dvorak (1841-1904). Less known is that this gem forms a unit together with seven other pieces published under a single opus number as Dvorak·s Humoresques, Op. 101. However, this is not a firmly-closed cycle, but rather a free series from which individual numbers can be detached without difficulty. In publishing the seventh Humoresque separately, we are only continuing in a tradition of its independent publication, whose roots go back to the time when Dvorak still lived. The Humoresque in G flat major is one of the last compositions he wrote for this instrument. The sources used at the basis for our edition are the first print by the N. Simrock publishing house and Dvorak·s autograph. The goals of our edition are to give greater consideration to the indirect nature of the relation between the two surviving sources, thus avoiding the excessive mixing of their texts toward which the previous critical edition was inclined, and also via the appended facsimiles to show the piece for the first time in all stages of its genesis. The composition presented here is being published independently of the New Complete Edition of the Works of Antonin Dvorak currently in preparation, but has been prepared according to its editorial principles.