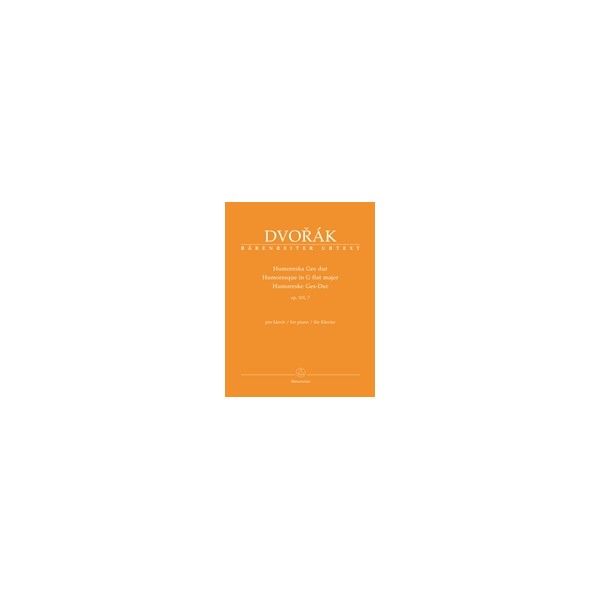 * Dvorák’s Humoresques were meant to follow up on his earlier Scottish Dances op
Dvorak’s Humoresques were meant to follow up on his earlier Scottish Dances op. 41 of 1877 (B 74) to form a series of “New Scottish Dances”, as the cycle was originally titled. Though written down over a few summer days in August 1894, these piano pieces are the result of a long period of gestation.
The gradual refinement of the musical material can be observed in the genesis of the most popular and most frequently arranged piece in the entire cycle, the G-flat major Humoresque (no. 7). The surviving draft, from the American Sketchbook, formed the basis of the initial version of the opening sixteen bars, but it completely lacks the later musical elaboration and characteristic appoggiatura rhythm.
It therefore seemed logical to turn to the sources in preparing our new edition. Although the editors took the authorized original print as their principal source, a detailed list of alternative readings, combined with many examples from the facsimile of the autograph, allows readers to retrace the genesis and evolution of the thematic material in Dvorak‘s hands.
- Urtext edition at the cutting edge of Dvorak scholarship
- Preface and critical commentary (Cz./Ger./Eng.)
- All available sources taken into account
- Facsimiles of the sources enclosed