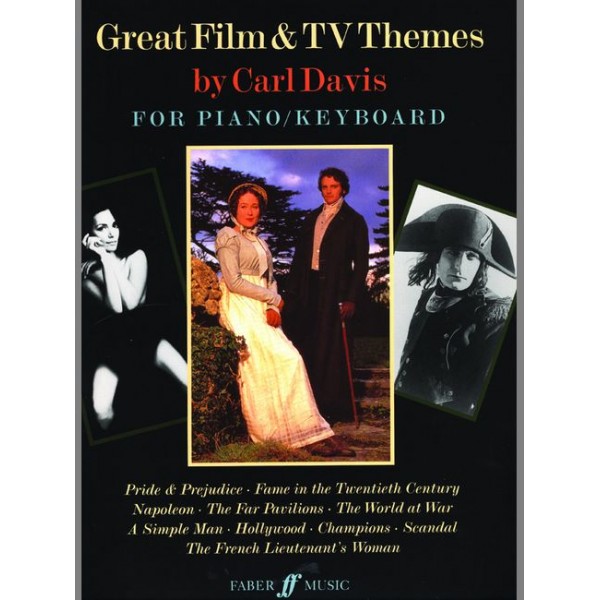 Most classic film productions have one thing in common: unforgettable theme tunes. This is a volume of film music by Carl Davis, one of Britains greatest composers of film and TV soundtracks.This is a selection of some of his greatest hits, in straight forward arrangements, for piano/keyboard. Including such recent TV productions as Fame in the Twentieth Century and the BBC blockbuster Pride and Prejudice.