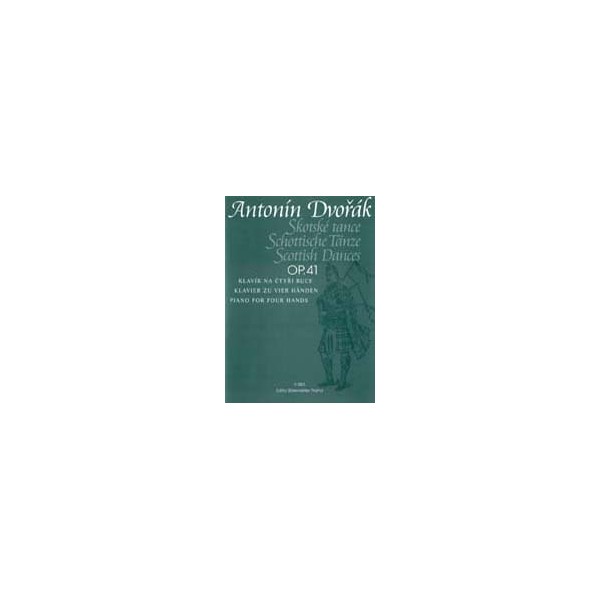 The present edition of the Scottish Dances op. 41 (1877) by Antonin Dvorak is based on a version for piano four hands published by Berlin publisher Bote & Bock in 1893. This has been compared favourably with the critical edition of the original version for two hands, included in the Collected Critical Edition of the Works by Antonin Dvorak (volume Dances, Prague 1961, which besides the Scottish Dances also contains Polka in E major and Two Minuets, Op. 28). The editors strove to make the interpretation of this piece easier for young pianists by revising the dynamics, adding pedalling and convenient fingerings, and in eight bars marked with (*), also by introducing minute changes into the actual corpus of notes, thus bringing the edition into line with the original version for two hands. This has been done with the aim of obtaining the greatest possible plasticity in voice-leading. In many cases, diferent dynamic markings are indicated for the melody in primo and the accompaniment in secondo: however, the more pronounced bass-line is not further differentiated from the relatively discreet part of the right hand. This subtle shading is, however, a prerequisite for a marked and musically logical performance of compositions for piano four hands, and it is therefore important to always by aware of it. A consistent auditory control should naturally serve as a criterion for the form of dynamic nuances.

other products in the 'Piano Duet Sheet Music' category: